Hey y’all! First of all I’d like to congratulate all of you that have got into Leicester and kudos for those of you who have chosen to do American Studies. You’ve made the right choice!

Last week I went to see Stornoway at the Wedgewood Rooms in Portsmouth. They’re like an indie folk band that originate from Oxford. Don’t worry if you don’t know who they are because if anything they’re too indie. The gig reminded me of all the musical experiences that Leicester provides. In my first year I went to see the Mystery Jets and in my second year I went to see Bastille. Both at the O2 Academy. I’ve also got tickets to see Eagulls in Leicester which should be just as good as the others! One of the good things about Leicester is its location. It’s literally smack bang in the middle of everything which makes it ideal place to travel to and from gigs.

If like me you have a questionably broad taste in music then there are other musical genres that have graced Leicester. Last year American rappers like The Game, YG and the main man himself Mr Jason Derulo all chose Leicester as a place to perform. Which allows the melting pot that is Leicester cook up a tasty musical broth that anyone can enjoy!

So this is what I have been thinking about this week. Next time I’ll let you know about the strange experiences I have encountered at the museum where I am currently volunteering. 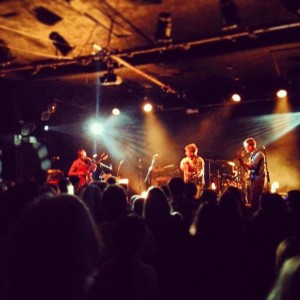