How to be vegan on a student budget

Posted by Courtney in American Studies on March 6, 2017

Since I’ve begun telling people I’m vegan, aside from the obvious ‘What do you eat?’ question the thing I’m most frequently asked is ‘How do you afford that on a student budget?’. It’s not a surprise after all, when a small block of red Leicester style ‘Gary’ (a joke name for vegan cheese) will set […]

Posted by Courtney in American Studies on January 31, 2017

As the American Studies blogger, it’s easy to see how the past ten days since the inauguration of Donald Trump could have provided me with ample writing opportunities. Whether it be his dismissal of his acting Attorney General for refusing to comply with his orders or his travel ban on citizens of certain, predominately Muslim, […]

Posted by Courtney in American Studies on December 3, 2016

As I’m bogged down with deadlines and Christmas meals, I thought I would do something a little different for this next blog post and share with you a cheap, easy, and filling recipe that will warm the cockles of your heart this winter. What’s more, it’s vegan and gluten-free!   I’ve been vegetarian for around […]

Posted by Courtney in American Studies on October 10, 2016

As today is World Mental Health Day, I wanted to put the spotlight on what to do when you experience depression whilst travelling. I spent the past year studying in Texas and recently travelled back to the US after just starting new medication. One of the not so nice elements of sertraline is that it […]

Is that a broom between your legs….?

Posted by Courtney in American Studies on October 2, 2016

Since getting back from Texas I’ve treated Leicester like I’m in first year again – I’ve probably already socialised more this year than I did in my entire first year (which I know is a pretty bad reflection on my first year). I’ve been getting out, meeting new people, and most of all trying to […]

Posted by Courtney in American Studies on September 25, 2016

It’s officially moving in weekend! I remember this time three years ago when I loaded my life into the back of my parents Renault Clio and they drove me to Leicester to begin what have been three of the best but most challenging years of my life. Through studying for two years in Leicester and […]

Dealing with stress and managing your time

Posted by Liv in American Studies on November 4, 2015

Second year is well under-way and it has now hit me like a tonne of bricks. As much as I am enjoying my course and second year in general, my time management and balancing skills are really being tested. Whilst not being the most disorganised person I know, organisation and time management have never been […] 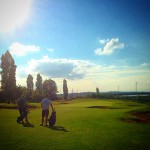 Hey y’all. Sorry it’s been a while. The job search is going slow to say the least so I thought I would give an insight to some of the activities that a student could be doing after their exams. It’s seen as the most middle class, elitist, non-studenty sport but golf has become a prominent […]

Hey y’all. Today is the last day of The Masters golf tournament in Augusta, Georgia. It’s the most prestigious golf tournament in the world and it’s sure to be a cracking day of golf. Those of you that stereotype golf as an ‘expensive walk in the countryside’ should watch today’s actions (or at least the […]

Posted by Jack in American Studies on April 2, 2015

Hey y’all. You’ve probably already found a house for next year but I just wanted to let you know where I would recommend. Clarendon: Clarendon is the area where pretty much everyone wants to live. Queen’s Road is proper handy in terms of all the crucial amenities and you can always find a bargain in […]