Posted by Jack in American Studies on September 30, 2014

Hey y’all. So here I am in my new house and what a step up it is from last year. A fridge that isn’t sticky and a set of hobs that actually work are just a couple of the improvements. Just a little shameless plug this week from ‘The American Studies Soccer Eagles’. We’re the […]

Posted by Jack in American Studies on September 10, 2014

Hey y’all Over the weekend I went to Bestival on the Isle Of Wight with some of my University house mates. It’s a music festival that showcases pretty much every genre of music. Outkast played on the Friday evening and I’m still in awe at their performance. After five days of sleeping in a leaking […] 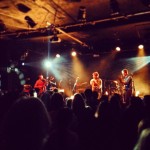 The First Of Many!

Hey y’all! My name’s Jack and I have been given the privilege to take over the reins of this American Studies Blog. I’m just about to enter my final year at Leicester which means I’m only one year away from entering the real world which is a horrifying but exciting thought. Hopefully you will find […]

The Semi-Nomadic Life of University

Posted by Kathryn in American Studies on April 7, 2014

Throughout university I have lived in 5 different houses (including my original house, which I now don’t know what to call – home? Home home? Parent’s house?) Each one has had its merits and its definite drawbacks: 1. Pre-University house – living with my parents. I think everyone has the same feeling at 17/18 when […] 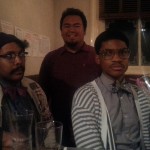 Posted by Kathryn in American Studies on March 24, 2014

In honour (or should I say honor) of Spring Break, and to mark the one year anniversary of our grand roadtrip around the west coast of the US, my good friends came over to visit. I met Devon first, through my study abroad blog I had started before leaving for Arizona, and I’m very glad […]

Posted by Kathryn in American Studies on February 11, 2014

It’s been a while, but I thought I’d leave it long enough to report how my resolutions are going (that’s the story I’m going with). My one exam is long gone, the first essay of the term handed in and I have even started my dissertation (400/10,000 words down). So how are my new year’s […]

Oh, the weather outside is frightful

Posted by Kathryn in American Studies on January 4, 2014

T0 anyone who has travelled home within the past couple of weeks, I salute you. Far from Christmassy, the gale force winds and lashing rain has made any journey that little bit more unpleasant. However, one of the last journeys I made was HOME FOR CHRISTMAS, and therefore I didn’t mind as much. Thankfully I […]

Posted by Kathryn in American Studies on December 13, 2013

Deathlines. The last 10 days have been positively manic. At least inside my head. On one day I had both my dissertation presentation and a presentation for my module on FDR. The next day was the deadline for my portfolio written about the presentation I had done two weeks previously on McCarthyism. Less than a […] 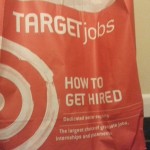 Posted by Kathryn in American Studies on November 24, 2013

As students, we all know it. It is uttered in times of frustration, of desperation, and is best kept out of conversations with parents. Yep, the dreaded ‘career’ talk. I attended the careers fair the other week after having been fully prepped (i.e. told to shake hands “firmly” with employers to establish rapport – I […]