Posted by anna in Archaeology & Ancient History on April 15, 2015

The best day of my holiday was Thursday, when we visited Malham Cove, a huge cliff with a limestone pavement on top (which by the way featured in Harry Potter & The Deathly Hallows Part 1). Formed in the last Ice Age, Malham Cove was created by a huge waterfall of glacial melt-water eroding the valley, but is today completely dry as the water moves instead through a series of cave systems behind the cove, and emerges from underground further down the valley.

The 4.5 mile circular walk from Malham Village starts by moving away from the cove up a valley to a waterfall known as Janet’s Foss, which is one of my favourite places in Yorkshire, and always smells lovely because of the wild garlic that grows in the valley. 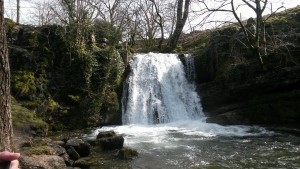 From there the path runs along the river upstream to Gordale Scar, a limestone ravine with another waterfall. Amazingly, there is a public footpath which runs up the course of the waterfall, and even though there was a lot more water than normal running through the ravine, there were still people climbing it! 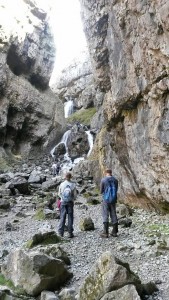 After Gordale Scar, which is something of a detour, the footpath leaves the river and begins the climb up to the top of the cliff. Following the circular walk in this direction, the hill is much longer but less steep, and saves the trouble of having to climb the two hundred or so steps up the side of cove.

Once at the top of the cove, you have to navigate the limestone pavement, a series of limestone slabs with deep fissures between them, which can be rather deadly on the ankles if you lose your balance! It was really sunny on top of the cliff, and I actually got sunburnt while I was eating lunch, which is amazing seeing as the day before it had been snowing! 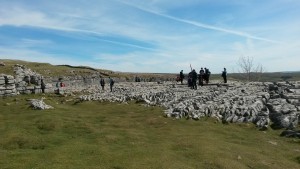 After making it across the pavement, we then had to descend back down into the valley (via the very long staircase) to Malham Beck, the river which emerges from the bottom of the cove. It’s definitely an easier walk down rather than up, but even so the descent is rather hard on the legs! 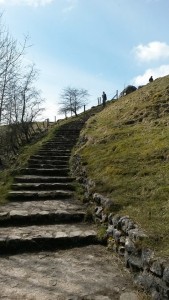 Looking Back Up The Stairs to Malham Cove 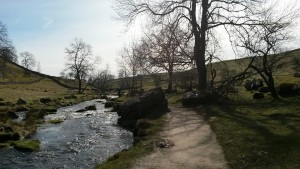 From this close up, the Cove appears immense, and even from a distance you can tell just how tall it is. 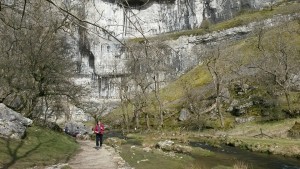 Malham Cove, from the Beck 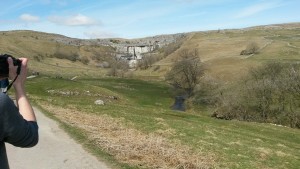 The path ends back in Malham Village, where there is a visitor centre and a lovely coffee shop that sells very good chocolate cake!