An Indian Summer (or a November in Malta)

Posted by Shannon A in Archaeology & Ancient History on November 30, 2015

Malta experienced its hottest November in 12 years and I was lucky enough to be here to bathe in the glory of the sun. Due to what I like to call an ‘extended summer’ this month I did a lot more sightseeing and photographing and though I would share some of my favourite Indian summer moments (or my November in Malta) with you!

On a sunny Saturday in early November I decided to visit the old capital of Malta which is now known as Mdina. Mdina is a fortified city whose earliest settlement goes back to over 4000 BC. On my previous visits to Malta I had visited Mdina however, this particular sunny afternoon I felt Mdina deserved another visit. I walked around the old city streets and fortified walls and took time to gaze upon the beautiful city gate in the November sunshine. During my visit to Mdina I also managed to tick off another activity on my Erasmus bucket list as I visited the Roman Domus Museum which holds the remains of the only surviving Roman town house known in the old city of Medina (currently Rabat) including some it is original mosaics and statues. All in all it was a great day!

The following (very sunny) Saturday I went on a departmental trip out to the Maritime Museum very close to Fort St. Angelo which is located in the centre of Malta’s Grand Harbour. This, unlike Mdina, is an area of Malta I have never visited before. I very much enjoyed the morning walking around the museum and then the area of Fort St. Angelo itself and took a beautiful photo of waterfront just outside the museums front door. Despite spending most of my day in this area of Malta I have noted that I would like to revisit it due to its greatly picturesque scenery. 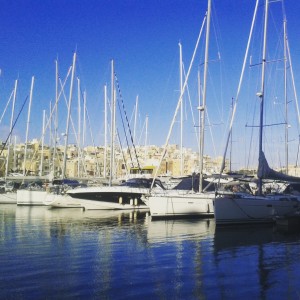 The last wonderful moment of my November happened just last Monday when I arose at 6am to get ready for my early lecture when the sun was rising. I was lucky enough just before heading out the door to capture a great photo of the sunrise from my balcony and as you can see it does in fact look like an Indian sun. I think it’s safe to say this has been the best November of my life and definitely felt like an Indian summer. 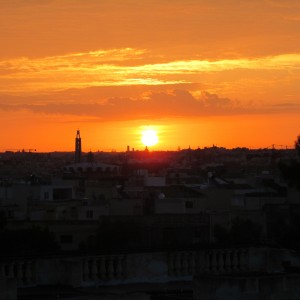