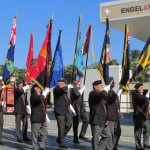 Posted by Shannon A in Archaeology & Ancient History on November 8, 2015

Remembrance Sunday is an event very close to my heart as I have two Aunties who have fought bravely in Afghanistan and Iraq and I am thoroughly proud of both of them. Therefore, each year around the time of November the 11th that marks Armistice Day, I make sure that I buy a poppy and […] 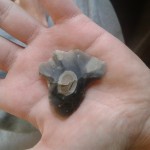 My Adventures in Avebury (Weeks Two and Three)

Posted by Shannon A in Archaeology & Ancient History on August 28, 2015

Week one’s hard grafting allowed our final two weeks of fieldwork to be used to find out as much as possible about the site through any features and artefacts found on site. It became obvious very quickly that Neolithic stone tools such as scrapers, flakes and arrowheads were going to be found in abundance and […] 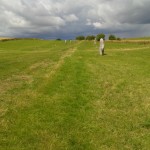 My Adventures in Avebury (Week One)

Posted by Shannon A in Archaeology & Ancient History on August 20, 2015

As August began my three week compulsory fieldwork on the West Kennet Avenue, a World Heritage Site in Avebury, came to an end. The experience was a wonderful one that taught me a number of things from how to use a shovel properly to how to spot worked Neolithic stone tools from ordinary bits of […]