Posted by Joshua in Biological Sciences on February 23, 2012

Hello everyone! I hope you’re having a great week. I’m here this week to continue my story about accommodation, this time about what it is like to live in the city. If you haven’t read my post about life in Oadby, the student village, you can read it here. 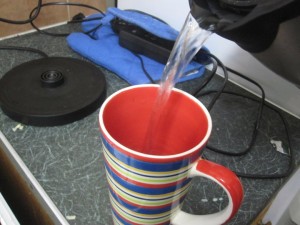 One of the few photos taken in my house - tea, essential for student survival!

Towards the end of the first semester, people have had time to think about who they’d like to live with, and begin to plan ahead for the second year. Leicester students tend to sort housing quite early compared to friends in other universities, who don’t start until at least January. It could be due to the myth that “all the good houses will have gone” – fear not, there are houses available throughout the year. If you aren’t ready or don’t know who you want to live with, you have time. I decided to continue living with my previous three flatmates and the search begun.  There is a reason people think of student houses quite negatively, and believe me, we saw some prime examples. But eventually, we found a nice house a fairly short distance from the university. Signing the contract and paying the deposit made me feel very grown up, and very poor. With the house decided upon, we then had to make the tough decision of who would get the small bedroom. With nobody willing to volunteer, we decided to pull names from a hat and as luck would have it, yours truly got the tiny bedroom! But it wasn’t so bad really – there was less space to heat, so my room was usually quite toasty in winter.

Living with different people and being jointly responsible for money and bills is a real test of friendship. I know of some who loathed each other by the end of the year, but fortunately my housemates were all very relaxed and we didn’t have any issues (apart from the odd mouldy cup that really needed to be washed up!). We had some excellent times, from playing video games endlessly all day to laughing at each other’s cooking (there were incidents involving very muddy potatoes and soup that was far too meaty to be considered normal). One of us could even be heard talking to themselves (hint – it was me). One of the biggest changes moving into a house (for most houses, anyway) is that you have a living room, which means you can be a lot more sociable and eat together while watching a film or classic TV like ‘The Crystal Maze’. 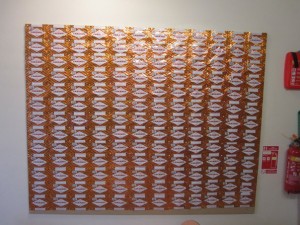 First year antics - yes, we really did eat all those caramels between 4 of us!

So did I prefer living in halls or in student housing? There are advantages and disadvantages to both, but personally I enjoyed the buzz around halls and having my own en-suite bathroom. However, student housing is definitely better in second and third years because halls are very noisy, which is not ideal when writing your dissertation.

I hope this has provided some insight into what student housing is like! Next week I will mention life in Opal Court, the halls of residence located in the city. The picture I’ve included in this post is actually from my days in John Foster Hall, but it made me laugh when I found it again. We got up to lots of antics in halls, that’s for sure! And we got through far too many chocolate bars…

Joshua graduated from the University in Summer 2012 and is no longer blogging for this site.