Posted by Chris in Biological Sciences on April 29, 2013

Long time no see blog buddies. A short blog this time, just wanting to ‘open the minds’ of all University students and those wishing to go to University soon. Before I came back to Leicester (woohoohoo) last week, my brother was talking about going to University, but being too shy to join the Student’s Union there.

WELL! I had to tell him to reconsider, naturally. Being part of the societies is what University is all about. I have made so many new friends via the LGBTQ Association and through Biology. I have gained a lot of experience being on Committee, and thanks to being involved in LGBTQ and reaching out to the local Centre, I was able to take part in a local film promoting Open Mind, a mental health charity, specifically wanting to cater to LGBTQ people in its video. Though only a small video, it has had good feedback and has now gone viral!

So, I’m just saying, that everyone should be part of their Unions.. You could become a global superstar like me!

You can watch the video here: https://www.youtube.com/watch?v=YsLi875QPAw&feature=youtu.be 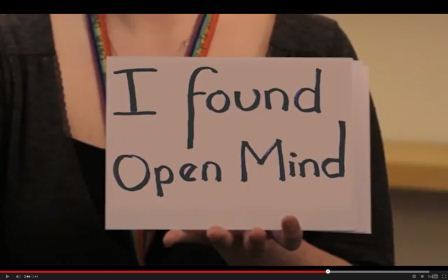 I was intending to tell people the importance of joining societies at University. But, I also want as many people to see this video as well, so that support is always available for people in Leicester, who are suffering from mental illness.

Peace out everyone, I’ll be revising studioulsy for the next month or so 🙂