Posted by maryam in Biological Sciences on January 5, 2014 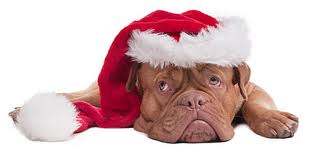 I don’t celebrate Christmas but for some strange reason, each year I still feel the post-Christmas blues. I feel sleepy and lazy and dread the New Year as I know it brings with it the return of deadlines and work. It also means that I can no longer use the holiday season as an excuse to put off doing any work!

2014 has come around really quickly and I recall of 2013 a blur of memories like a series of photos and short video clips. It’s funny as to which points you really stick in your mind and I get the shivers when I think of how at the beginning of 2013 I probably thought the exact same thing. This year though is going to be a busy and quite an exciting yet scary one as it is my final year at university which means final exams and finding a job. Terrifying as though it seems in a few months I will no longer have the security of returning to university and instead will hopefully have a new job out in the real world. Now I just need to work hard so I am well prepared for when that day finally arrives.