Posted by maryam in Biological Sciences on May 13, 2014 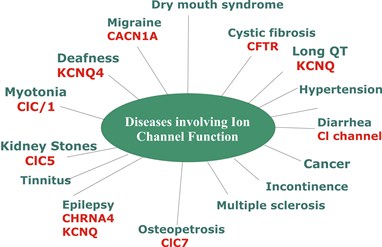 Revision period for exams is well under way and I must admit that I was despairing at first because it seemed to me that every topic was on ion channels of some sort – little variation making revision even more difficult! But I was pleasantly surprised when recapping my lecture notes I found this was not the case but I had simply managed to retain memory of the ion channel lectures mostly and somehow blur out the remaining lectures. This was probably because I often found myself baffled by the numerous ion channel types and structures and regulatory mechanisms. I clearly remember sitting in one lecture and dropping my pen in frustration when the lecturer said after talking about potassium ion channels for 30 minutes “And here is another important channel..”. Seriously?It is difficult to retain all the different features of the different ion channels but I am glad not everything is as bad as it initially seemed. I should have taken the second look earlier.

One response to “Taking a second look”