Back from Mainland Europe

Posted by Chris in Biological Sciences on June 19, 2015

I am happy to say that I am back from my German-speaking adventures on the mainland, and that I have had a wonderful time there, blogosphere!! Plus, I am very happy at being able to utilise some of my German Beginner’s skills from the year course I did at University alongside my studies. Asking for toilets, the bill and ordering food has never been so wholesome and heartfelt!

In the week I stayed in Vienna, I generally chilled and sunbathed, as the weather was gorgeous. Radiant sun for most of the time I was there, reaching 33 degrees Celsius at one point! I took the time to gently stroll around Vienna’s Castle (for their extinct Royal family), eat organic ice cream and swim in the Danube River! It was so relaxing, and just what was needed after the final exam period.

I was only in Berlin for a couple of days, and decided that it would be the perfect place to swat up on some knowledge, as Berlin is a hive of museums and monuments. I went to the Brandenburg gate and to the monument for the European Jews, which is really stunning when you first look at it. I was so engaged in the museum too (which had a very familial perspective to it rather than just facts, facts, facts) so much so that I actually spent 4 hours there! 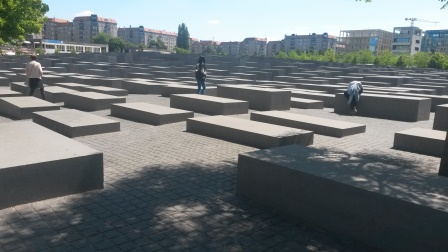 The memorial to the murdered Jews of Europe

The only thing I would say is that it would have been nice to include queer victims there too. The monument did mention other victims throughout the exhibition, but they had another monument specifically for homosexuals, across the road from the Jewish Monument, which can be easily overlooked by visitors. The separate monument also had little information about the effects of the holocaust on the LGBTQA community, and had a film in a concrete block, repeatedly showing two men kissing. From an artistic perspective, you can see how this work commemorates queer people, however, the fact that young tourists still looked into it, and voiced their disgust was appalling. It shows that more information needs to be provided about the killing of queer people that took place to help visitors understand that: expressing disgust at acts associated with a group of people are exactly what translated into disgust at the group who practices them. I think an inter sectional monument, with a museum highlighting stories from ALL victims would really help education in the future.

Alongside the serious stuff, I also tried the varieties of food that Berlin had to offer. Including, bratwurst, sauerkraut and mashed potato, but also Turkish kebab and Italian pizza! I love Berlin, like I love London, because its multiculturalism allows different ideas (and foods) to flourish in an exciting and interesting city.

I would totally recommend both cities to anyone wishing for a holiday, no matter what you’re after! Here are a few snaps from my adventures for you all to enjoy, but for now… Bis Bald! xoxoxoxo 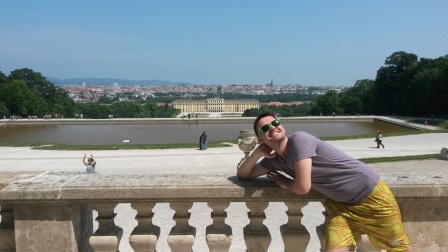 Me posing beautifully outside Schönbrunn Palace 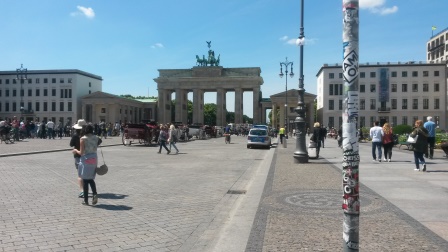