A trip to the King Power Stadium

Posted by Daisy in Biological Sciences on January 21, 2016

As I mentioned in an earlier post, I generated a mini bucket list at the beginning of the academic year with some things I wanted to do whilst still in Leicester. Last night, I ticked off one of those things by going to a Foxes game.

With my Dad and brother being massive Forest fans, I was quite reluctant to go to a match at the King Power Stadium, plus the fact that I don’t really like football (one reason for this being that at home, football is constantly on the TV and being brought into conversation, so I get a bit sick of it. My brother works for Ipswich Town as their Digital Media Editor, so that also adds to the football madness). My boyfriend is a Foxes fan, so when his usual football buddy told him he was going to the game with his Dad instead, I was apparently the next in line for a ticket.

Despite my toes feeling like they were going to fall off, it was actually a more enjoyable experience than I expected. My student house isn’t far at all from the ground, so it’s really easy for students to get to on foot (via the Dry Dock for a drink of course). The tickets weren’t too expensive either, so it’s definitely something that’s affordable. I even wore an LCFC scarf (much to my Dad’s horror when he apparently spotted me on the TV ‘looking frozen’, what a claim to fame). The atmosphere was really good and all in all it was a fun evening out and something a bit different (for me at least). Although Leicester did lose so maybe that’s a sign that I shouldn’t go again… 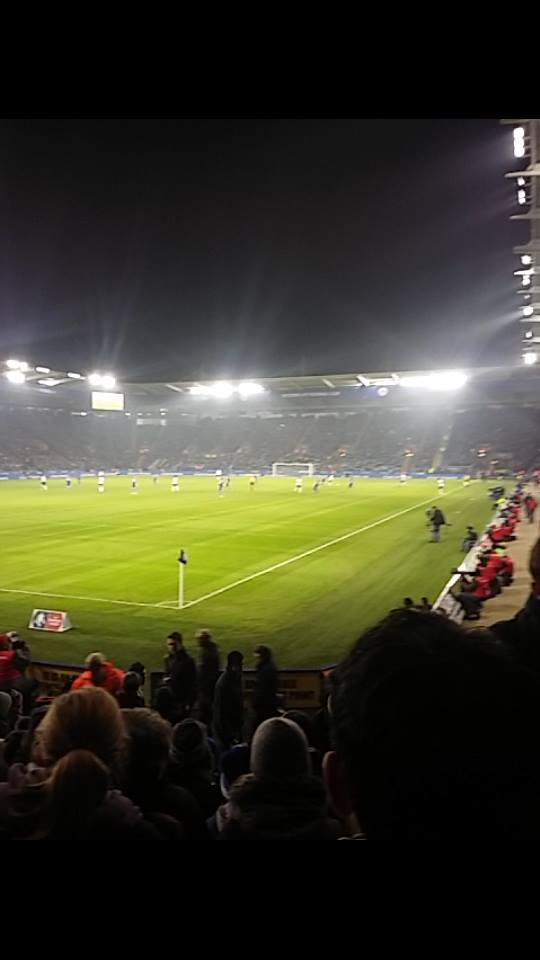 I am currently applying for PhD places and beginning to write my dissertation. The lack of January exams has meant I’ve had more time to apply for things, as the applications can be quite time consuming. So for now, I’m just keeping my fingers crossed!