Posted by Beth in Biological Sciences on November 7, 2017 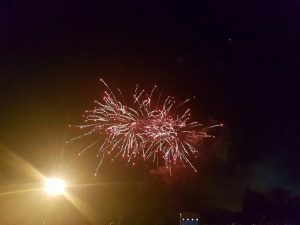 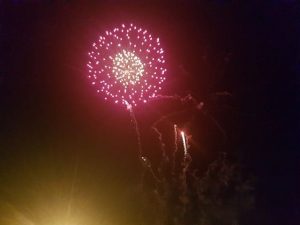 Bonfire night is one of my favourite times of year! That’s not an exaggeration I get massively over excited about fireworks (I think the people I was with found my reactions more entertaining than the fireworks themselves) and this year I managed to get to two firework displays over the weekend!

One of the displays was at Abbey Park in Leicester and the second was back home with my family in a tiny village.

It’s safe to say Abbey Park was a lot bigger!!

I went with some of the Equestrian club and we got there a bit early which gave us time to look around the food stalls, the funfair and watch a bit of the live music (there were 3 acts performing over the evening). 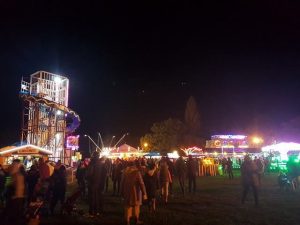 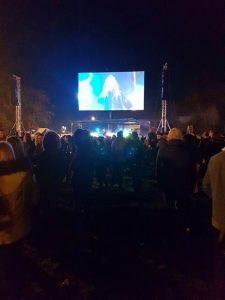 There were loads of different food stands, the only thing that was disappointing was the prices, I mean 6 doughnuts for £5? Again, the fair wasn’t cheap but we went on the dodgems which was hilarious and managed to cause the whole thing to come to a standstill with one of our crashes! 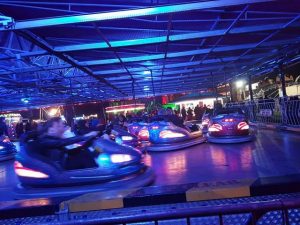 The fireworks themselves were really good! To be honest it would be hard to have fireworks that I wouldn’t love so that’s not saying a lot, but I promise everyone else also enjoyed it!

If you haven’t been then I would definitely recommend you go next year, it’s a really good atmosphere and it’s not too far away to get to! We got an taxi there and then walked back into town afterwards for a drink so it was a good evening. Tickets were £5 if you bought them in advance and £7 on the gate. Just a quick tip for if you do go next year stand near the bonfire not the stage, you’ll be a lot warmer!