Posted by Beth in Biological Sciences on April 18, 2018 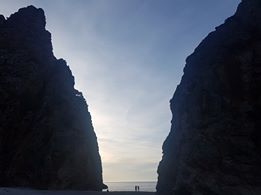 On the Sunday I landed back in Birmingham airport after a week and a half in Mallorca on a field trip. The field trip formed the majority of teaching for the ‘A Field Guide to Evolution’ module and I can honestly say it has one of the best things I have done at uni so far! 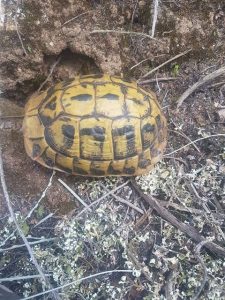 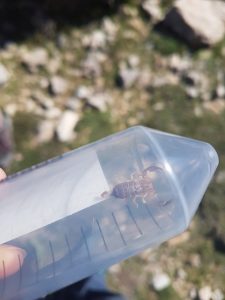 The field trip was made up of days where we visited different locations on the island and were taught about the habitats and ecology of the sites we visited, and also fours day in which we worked on a project within a group of three. Our group project was based on cyanogenesis in legumes in Mallorca, look out for a post on this soon! 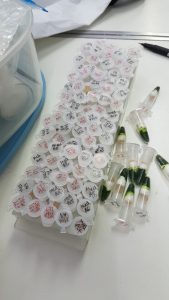 Eppendorf tubes used as part of our cyanogenesis project

The field course was centred around the species area relationship (the theory that species richness will increase with an increase in area), island biogeography theory (number of species on any island reflects a balance between the rate of colonisation and the rate of extinction on the island) and the disturbance hypothesis (intermediate levels of disturbance will lead to the greatest biodiversity). We were investigating whether these theories held true across the habitats we studied. 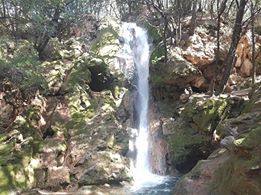 A waterfall found in a forest, mainly made up of oak trees (Quercus ilex) 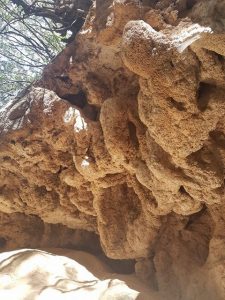 An interesting rock formation near the waterfall

For the duration of the trip we were based in Palma, which is the capital of Mallorca, but we travelled to many locations including the Sóller Botanic Garden and Natural History Museum (which houses a Myotragus – a type of cave goat that was historically found on Mallorca), the mountains, a lot of beautiful beaches including one at Can Picafort where we visited a nature reserve home to the Herman’s tortoise, Albufera Nature Reserve which was home to many species of bird (I saw an osprey which was incredible) and the Formentor Peninsula (Mallorca’s most northerly point). 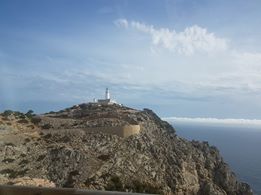 We went to many other places as well and there were plenty of opportunities to go swimming in the sea! Field trips are also an amazing opportunities to get to know a group of your peers much better than you get to in lectures and labs! 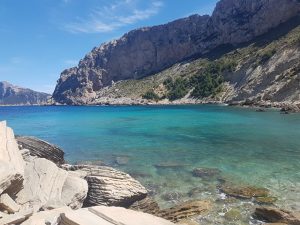 A beautiful beach in Mallorca 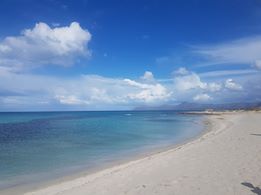 The whole trip was a fantastic experience and it’s made me very excited about the field trips next year!