Nikki graduated from the University in Summer 2013 with BSc Chemistry and is no longer blogging for this site.

Leicester University Choirs Christmas concert, conducted by Dr Paul Jenkins (recently retired Organic Chemistry Lecturer), was last Saturday afternoon. It took place within Clarendon Park Church, and was a lot of fun! As well as singing some classic Christmas songs as a group, we sang some Mozart, Fields of Gold, and twisted some traditional carols by singing […]

We had a chemistry outing (with a few low students…) on Tuesday night to Turkey Cafe’s open mike night in Leicester. One of my fellow chemists, housemate (who does law) invited us along as several of her friends where singing at the event. As I’m always happy to have a few casual drinks and listen […] 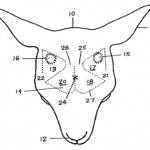 Industrial Lecture of the week

One of our modules this year is “Industrial Chemistry” where we have people coming from companies, from all over the company, to talk about their company, or job to help give us an idea of what type of job we would like to do, and therefore should be applying to this year, as it’s our […]

The start of the final year

Posted by Nikki in Chemistry on November 3, 2012

Beginning of October, Uni started back up again, and it’s got busy fast! I’ve been given my third year project to do, which is to promote the University of Leicester’s chemistry department by way of videos for the website, and photos to decorate the department, to make it a more welcoming place to study. This […]

Posted by Nikki in Chemistry on September 18, 2012

It’s starting to get busy in Leicester, as everyone comes back for the start of the new academic year. My house has been pretty empty for the last two weeks, as it’s only been me and one other housemate: and two people in an 8 bedroom, three floor house feels very empty! Three more came […]

Exam results and your future

Apologies for not posting a blog in awhile, I’ve been pretty busy working my holiday-jobs this august. I know A level students got their results over a week ago, and GCSE students got theirs last week; and I hope you all got what you wanted to get, but if you didn’t, don’t be too disheartened. […]

I know this cartoon isn’t directed at any group of people in particular, but I just thought this was a brilliant representation of how socially awkward people expect scientists to be! http://xkcd.com/1089/

Careers with a bit of Olympic excitement!

The Olympics is here!! And started off with a great opening ceremony Friday night, I hope everyone was able to watch it, or record it to watch later… although it is on BBC iplayer if you did manage to miss it completely! http://www.bbc.co.uk/iplayer/episode/b01l4ldk/Olympic_Ceremonies_London_2012_Opening_Ceremony/ Unfortunately I’m working my summer job in the daytime, but I’m making […]

My day in London

Last Thursday I went to London with a friend for a tourist’s day out, to break up the monotony of summer jobs and my attempting to work out how to use the 3 chemical databases for third year: Web of Science, Scopus & Reaxys, using the “self-taught exercises”. As I’ve probably said before, beyond word […]

I am officially home, in Reading, for the summer after an amazing second year of University, and quite an ordeal getting home on Thursday due to the crazy thunderstorm that decided to open up over my flat as my mum and I desperately tried to get everything into the car to deliver to my new […]