Will graduated from the University in Summer 2015. Hi! I'm Will, and I'm a Chemistry student in my third year. I love that Chemistry tries to explain how the world works. That, and it's the only subject that involves Bunsen Burners. Away from university, I really enjoy cooking, taking photos, and watching live comedy. I'm also taking a French evening class, and am the President of the Navigators Christian Society.

Okay hi. So I just wanted to clear up something that I’ve noticed. Recently, I’ve found that people hold a particularly high regard for people who do my course, and others like it. For example, just after I started my summer job all the way back in July, I was just chatting to a few […]

Okay hello. So something you might hear a lot is people saying that the best time to try new things is when you’re a student. Sometimes, the statement is used to justify some more questionable behaviours, but it is generally a good piece of advice. So, after watching shows like Live at the Apollo on […]

Okay hi. So I’m officially back in Leicester. I finally finished unpacking this morning, and we’ve just had our internet connection installed a few hours ago, so Leicester is starting to feel like home again. I didn’t realise how much I missed it here until I got back. Although term doesn’t start until the start […]

Posted by Will in Chemistry on September 5, 2013

The start of September pretty much signals the end of summer in my house. So I’ve spent the last few days starting to get ready for university. There are loads of lists all over the place about ‘what to take to university’. This blog post isn’t one of those lists. Instead, I am using it […]

So as a child, having a birthday is a really exciting prospect. You turn one year older, so you get to do more exciting things. You get to have a party where all your friends join you to celebrate the anniversary of your first day on Earth. And, of course, there’s always the prospect of […] 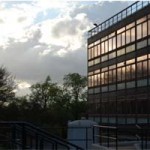 The Chemistry department (or at least a corner of it)   Okay, hello. So since this is my first blog post, I guess I ought to obey convention and dedicate it to introducing myself. So hello to you, dear reader. I’m Will and I study Chemistry. I live in a village quite near Reading (but […]