A 10 am start yesterday, a 3 hour ride in a car, a dirty washing machine, a filthy kitchen, a mysterious lack of curtains in my bedroom… it was then I knew I was back to good ol’ student life.

I had originally planned to come back on Saturday, but the plan had to suddenly change due to a sudden illness that cropped up, but oh well. That’s life, isn’t it?

So, as you may have guessed, Leicester hasn’t really changed much – other than the fact that Varsity is now closed. I’ll miss it, however rumour has it that a supermarket is going to replace it which will mean that I won’t have to treck down London Road to Tesco every time I want to do some shopping.

As for the freshers fair, I popped down there today to do my rota on the Computing Society stall (which you should all join by the way) and was amazed at the amount of people there. Freshers fair back when I was a fresher… went by really quickly and to be honest I don’t recall much of it as everything happened really fast. However after witnessing it again and taking part in it, a shout out has to go to all the people who work hard year after year to ensure it’s a success. Must be hard having to wake up so early and set up at 9 am as well after what was most likely a summer of waking up at around half 3 in the afternoon. But then again, I guess one of the attributes of a student has to be the easy adaptation of ones sleeping pattern. Even though I must admit it isn’t my strong point.

But yeah, that’s about it really. I was in town a few hours ago and it really is all the same. However I noticed a new Falafel place opened up and coming from a Lebanese background myself, both Shawarma and Falafel are always guaranteed to be up there somewhere on my list of favourite foods.

If you want to try them (note: I assure you this is not sponsored post… or is it?) out, you can find the Shawarma ‘dude’ (as we all call him) to the right of Firebug (you’ll know where Firebug is after a few bar crawls). As for the Falafel guy (who I am yet to try out yet), he’s somewhere near poundland just before the clock tower… or maybe he’s after the clock tower? I guess it depends which way you’re coming from.

But anyways guys, that’s it from me for another blog post. I want to put an image of some sort on this blog post, but am unsure of what. So I’ll just leave you with a nice royalty free image of Leicester market. Be sure to visit there for all your fruit… you’ll find a ton of bargains! 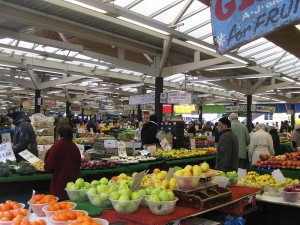