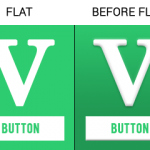 Posted by Karam in Informatics on February 17, 2015

Hey guys, So for this blog (before I complete last months blog’s follow up as promised), I want to take a look at flat design. Now for anyone who has no idea what flat design is, here is a quick example I mocked up:   I’d assume if you’re not a techie like myself, the […]

Posted by Karam in Informatics on January 29, 2015

My housemate (who is currently a 3rd year at Leicester, studying Computing) is convinced that web developers will most likely become obsolete in the future – mainly down to services such as Wix which for a small fee allow people to create their own websites using simple and easy drag & drop methods. Meanwhile… I […]

The ongoing battle so far

Posted by Karam in Informatics on January 20, 2015

Hey guys, Sorry I haven’t blogged in ages, but I was unfortunately ill for some time and was sent home from work for about a month until the lovely NHS figured out what was wrong with me (pssst… they got there in the end!) – after bombarding me with different antibiotics every week of course. […] 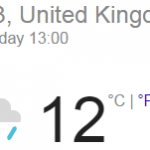 A constant battle… with Internet Explorer

Posted by Karam in Informatics on October 14, 2014

Internet Explorer… for some reason loved by many (i.e. those who have no idea how to download and install a new browser), hated by some (myself included). I’m not gonna lie… it can be difficult to come up with inspiration for these blog posts. Sometimes I just have no idea what to talk about, particularly […]

Posted in Work, Year In Industry

Freshers Flu will soon be upon us my friends…

Posted by Karam in Informatics on September 19, 2014

Yes. Freshers Flu is a REAL thing. No. Freshers Flu isn’t a myth… as I found out the hard way once upon a time! But seriously, I’m not sure what the cause of it is. I think the main different external factors contribute since: Moving cities/countries is something people always get ill as a result […]

SATs… GCSEs… do they really matter?

The age old question of whether these ‘earlier’ examinations really do have an influence on the outcome is one I’m still not sure I have an answer to. I’ll always own up and admit that as things stand right now, with me having finished my second year of University that I safely hold the opinion […]

As promised, here is my second part to my initial pre-results day blog post (which can be found here: https://studentblogs.le.ac.uk/computer-science/2014/08/12/keep-calm-and-carry-on-1/) DON’T force yourself in to joining a course you’re not fully convinced about. BSc’s take three to four years of your life, which in all honesty is huge even though many argue it goes by very […]

So, like many other students in Leicester, I’ve had to research who Richard the 3rd is in detail to get a hang of all the hype… So below are 5 interesting facts I found out about our good friend Rich which I’d like to share with you… FACT #1 –  Richard the 3rd was the […]