Posted by Karam in Informatics on January 29, 2015

My housemate (who is currently a 3rd year at Leicester, studying Computing) is convinced that web developers will most likely become obsolete in the future – mainly down to services such as Wix which for a small fee allow people to create their own websites using simple and easy drag & drop methods. Meanwhile… I […]

The ongoing battle so far

Posted by Karam in Informatics on January 20, 2015

Hey guys, Sorry I haven’t blogged in ages, but I was unfortunately ill for some time and was sent home from work for about a month until the lovely NHS figured out what was wrong with me (pssst… they got there in the end!) – after bombarding me with different antibiotics every week of course. […]

As promised, here is my second part to my initial pre-results day blog post (which can be found here: https://studentblogs.le.ac.uk/computer-science/2014/08/12/keep-calm-and-carry-on-1/) DON’T force yourself in to joining a course you’re not fully convinced about. BSc’s take three to four years of your life, which in all honesty is huge even though many argue it goes by very […]

What the future holds…

Hey guys, So this blog post is going to cover what my future (and resultingly the future of this blog) will hold. After I finish exams (will be done by 1st June), I won’t be getting a summer holiday as I will be doing a year in industry and working as a web developer at […]

Posted by Karam in Informatics on January 26, 2014

I was talking with a friend of mine a few days ago regarding how their AS subjects were going and what they were considering to do at University. Coincidentally they mentioned ‘Computer Science’. So I thought, bingo, my speciality. I asked him what attracted him to the subject and warned him that Computer Science is […] 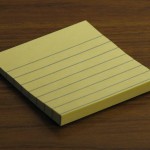 Posted by Karam in Informatics on September 23, 2013

As you may have guessed, the shopping list I’m on about is my key list for University. Fortunately, I still have another week until I move back to jolly old Leicester so I guess I still have some time to prepare myself. So… here goes nothing! Below I will list a few of the items […]

Posted by Karam in Informatics on September 9, 2013

Here we are having entered September, as the summer – or what’s left of it at least – just seems to be slowly fading away… I remember going on and on about how much I was going to enjoy this summer and reward myself after working my socks off during the last academic year. However, […]