Are UK universities going to lose students to the EU?

In recent weeks, I’ve honestly been crying out loud for more than 24 hours in a day. “Why?” you might ask? Well, the answer is simple. I have 3 exams in 3 weeks time and I can’t revise for them until I finish all of my coursework… Now you’re thinking – well, you’ve had 4 […] 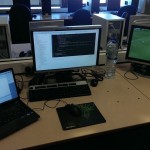 If you were watching the football this weekend, you’d know what I’m on about! That’s right… Burnley finally managed to beat Blackburn Rovers after 35 years. What is arguably the most fierce football rivalry within the United Kingdom unfortunately didn’t exactly go my way… you guessed it, I’m a Blackburn Rovers fan. I think it’s […]

Posted by Karam in Informatics on January 26, 2014

I was talking with a friend of mine a few days ago regarding how their AS subjects were going and what they were considering to do at University. Coincidentally they mentioned ‘Computer Science’. So I thought, bingo, my speciality. I asked him what attracted him to the subject and warned him that Computer Science is […]

Posted by Karam in Informatics on December 28, 2013

Hello! Hopefully everyone is enjoying their holidays so far as we approach 2014. It honestly seems like it turned 2013 a few weeks ago. It’s amazing how fast time flies by. So, revision eh? The word we all hate. The action we all hate. Fortunately though, as a University student you eventually become immune to […] 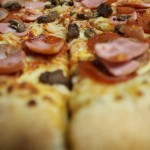 Posted by Karam in Informatics on December 6, 2013

It’s three o’clock in the morning, you are a Computer Science student, you have a Software Engineering assignment due in at eight AM, what do you do? The answer to the above is quite simple, arguably somewhat of a creed that all Computer Scientists live by… Take over the labs all night, work ’till your […] 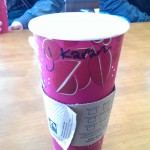 Posted by Karam in Informatics on November 15, 2013

Yeah, that’s right… red cups. If you’re a first year, you’ll probably still be trying to get your head around why you keep spending your student finance on Starbucks coffees from the student union. If you’re a second, third, fourth, bla bla bla year, you’ll most likely be thinking what I’m thinking. Yes, that’s right. […] 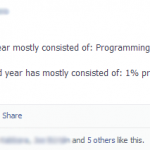 From the drawing of stick men to the inside of a single core processor to space invaders?

Posted by Karam in Informatics on October 20, 2013

The main aim of this blog post is to give you guys – the readers – a little bit of insight of what my second year has consisted of so far. I started off my second semester learning about use case diagrams as part of a software engineering module. I think it’s safe to say […] 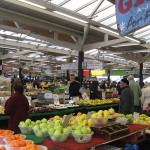