How Leicester Became My Second Home

For me, this time last year was spent desperately trying to find ways to distract myself from my upcoming A Level results which were set to determine what I’d be doing with my life for the next three years. If you are hoping to go to university for the first time next year, many of you may be feeling similarly right now, and you’re probably feeling all kinds of worried about what university will be like when you actually go. Will you make friends? Will you like your housemates? How difficult will keeping up with work be? If these kinds of questions are plaguing your mind right now, I definitely felt the same way, and so does 99% of everyone else in your situation.

My first year rushed by, but when I look back, so much has changed. After I finally learnt I’d been accepted at the University of Leicester, a whole new set of worries kicked in, and I approached my first day of Freshers both excited and terrified about the new home I was going to have to make. And one of my biggest concerns was whether I’d make friends. A whole academic year later and I now have some of the best friends I’ve ever had and I was really upset to be leaving them all at the end of the year. I lived in Clivedon House in GMS Halls, and although initially I wasn’t over the moon about where I’d been allocated, it became home and I’m sad that I’ve left it behind. 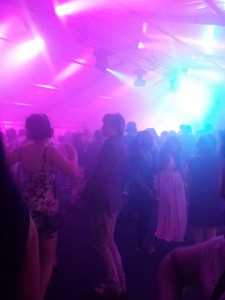 The summer ball was even bigger with a night time event at the O2, followed by a fun fair on campus the next day, and another night event at the O2 (where there are some really good cheesy nachos to be found on the balcony!). I personally didn’t make it to the fun fair as I went a little harder than I could handle the night before, but my friends who went had a lot of fun even in spite of the rain! The night events are really not to be missed! Everyone dresses up in their fanciest going out clothes, multiple new rooms are opened up with all kinds of music, and the O2 becomes the centre of all kinds of awesome. My only photographic evidence is my friends and I wasting our fancy outfits on badly taken selfies… 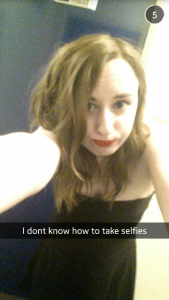 After everything this year turned out to be, saying goodbye to Leicester was really difficult. And sadly for me, I won’t be returning to what has honestly become a second home until January because from August to December, I’ll be living a whole new uni (sorry, college?) experience in California. And I’m experiencing that excited but terrified feeling all over again!