Violence Toward Pets and links to Domestic Violence

Posted by David in Criminology on September 10, 2016

I recently read an article in a local newspaper. It referred to a video of a man being unbelievably cruel to a dog. He was later found guilty of the offence and fined heavily. Often, we find that animals seem to have inexplicable dislikes for some humans and this might explain why.

One of my voluntary roles is that of a Non Executive Director of a crime prevention agency here in the UK. My experience in my undergraduate studies in psychology and criminology combined with my current studies with the University of Leicester in Criminology and Criminal Justice have put me in good stead for this role.

The agency I referred to is using research which indicates that people who are cruel to animals are more likely to hold a propensity to perpetrate domestic violence on a partner. 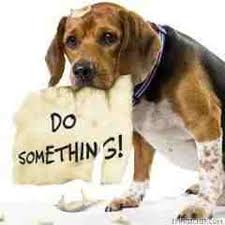 As part of this campaign, veterinarians are being canvassed to draw their attention to this potential. If they strongly suspect that domestic violence is apparent they are being encouraged to report this potential.

There is of course a danger here, in that incorrect reports are not always helpful and we cannot enforce the law through rumour and hearsay. But it may prove to be an interesting experiment.