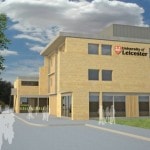 Posted by David in Criminology on January 29, 2016

I have quite a wide experience of Distance Learning. I studied my undergraduate degrees with the Open University in the UK – a Distance Learning university. With this in mind, I wondered what the experience at Leicester would feel like. Living in Essex in the east of England I was concerned that I would feel distant from the […]

A big hello to prospective students, current students, parents and anyone who might be reading my blog. I thought I’d start by introducing myself a little bit. My name’s Frances and I have just finished my first year as a Criminology student at the University of Leicester, which flew by way too fast, but I […] 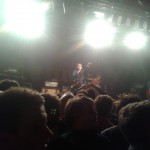 Miles Kane at the O2 Academy- Friday 28th March.   I haven’t been to as many gigs as I wanted to since coming to University, but it’s worked out that ones I have been to have made up for it. After seeing Kasabian, Fossil Collective, Ben Howard and now Miles Kane all for under £20 in […]

Sochi Winter Olympics Observations. As someone who has a keen interest in both sport and current affairs, Sochi 2014 has been an area of interest for quite a while now. While it is not uncommon for big sporting events to acquire a shadow from political clouds, these winter Olympics are the largest that I have […] 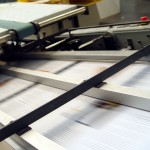 Posted by Thomas in Criminology on January 31, 2014

Today was the first week back for the majority of people in terms of starting Semester 2 and their new modules. It dawned on me that, for myself, this would be for the last time. However, I personally feel that it is ‘best till last’ as the final two modules should be the most exciting […] 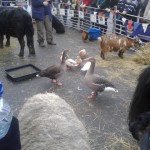 Posted by Thomas in Criminology on January 27, 2014

January Round up. As you may have noticed, I have not blogged in a few weeks. As current students would be able to pinpoint in one, this is because of the exam season. Thankfully this is over now, and normality can resume! As a 3rd year Criminology student, i had a choice in my sociology module […]

January is near. This Means Exams. (And Refreshers!)

Posted by Thomas in Criminology on December 29, 2013

As Christmas has finished and 2013 is nearly over, it signifies the end of the first term and the beginning of an important period in the university calendar year. January sees the first exam period of the year, which sees students’ busy working away either side of the New Year. As a BA Criminology student, […]

Posted by Thomas in Criminology on November 28, 2013

Hi! My name is Tom and this is my first blog post! I am currently in my third year studying BA Criminology at the University of Leicester, rapidly approaching the end of my degree sadly! I can promise you that whatever degree you choose to do it goes very quickly! I’m hoping my blog will […] 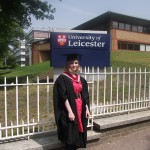 Back when I began writing this blog, I didn’t really think that I would be quite this busy. But I have, and I have neglected this. That said, I am sure my course tutors would much rather I put more effort into assignments than blog entries! With this in mind, it is fair to say […]

Posted by Hannah in Criminology on January 27, 2013

I have recently been watching “Inside Death Row with Trevor McDonald” on ITV and have found the episodes very interesting. The two episodes consist of Trevor McDonald touring a state prison and seeing what it’s like to be a prisoner in a high security prison in Indiana. Some of the prisoners he comes into contact […]