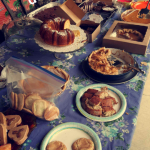 Today is Sunday, which means tomorrow is Monday, which also means classes start again for me tomorrow after having had over a week off for Thanksgiving. As my friends have educated me, Thanksgiving was originally intended as a time to give thanks to the Native American population who, thousands of years ago, helped the first […]

Posted by Frances in Criminology on November 12, 2015

I had my most amazing Halloween ever this year. I’ve had some really good times in England and last year’s 4-night Leicester Halloween party was so much fun, but this year I got to experience an American Halloween. America is known for celebrating Halloween on a much greater scale than the Brits, and it’s certainly […] 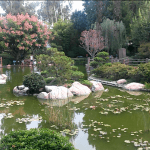 Being a Criminology Major(!) in America

Posted by Frances in Criminology on October 22, 2015

I’ve been studying Criminology here in Long Beach for 9 weeks now so I’m pretty deep into the course. And right now it’s midterms so everyone is super busy with school and I haven’t had as much opportunity to go adventuring (with some exceptions…). At CSULB, I am a Criminal Justice Major (which is super […] 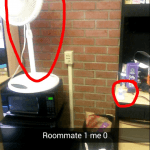 ‘Dorm Life’ – Having a Roommate for the First Time

Posted by Frances in Criminology on September 29, 2015

To be honest with you, I wasn’t originally enthusiastic to have a roommate and it had been one of my main reasons for considering living off campus during Study Abroad, since double, or even triple, rooms are most common in college dorms and are stereotyped as a fundamental part of experiencing ‘dorm life’. My aunt told me […]

Posted by Frances in Criminology on September 28, 2015

Now that I am entering week 6 of school here in California, it’s been weird seeing my friends getting back to Leicester, and fresh students just starting their university adventure. Leicester Freshers Fortnight, for me, was super exciting as I had some of my first proper nights out and bonded with my housemates at an […] 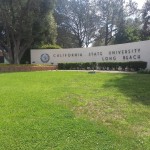 A Different Kind of Home 5,452 Miles Away

Posted by Frances in Criminology on August 31, 2015

Last night I returned back to my dorm (After writing about the ups and downs of having nowhere to live for Study Abroad in my last post, I got my housing 8 days before flying here!!) following an adventurous day in which I finally realised I feel comfortable in this new, exciting and terrifying place. […]

A big hello to prospective students, current students, parents and anyone who might be reading my blog. I thought I’d start by introducing myself a little bit. My name’s Frances and I have just finished my first year as a Criminology student at the University of Leicester, which flew by way too fast, but I […]