Posted by Michael in Criminology on November 26, 2017

I’ve tried to vary the content of this blog as much as possible. To that end, as well as blogging about topics specifically related to my subject, I’ve written posts on a variety of topics from tennis to studying to the careers fair. I have promoted and will continue to promote the University […]

If You Have Been – Thank You for Reading!

Posted by David in Criminology on December 16, 2016

I have never been a blogger before – in any context. I applied to a University of Leicester ad’ to do this for one year and I have enjoyed it as a new experience. Soon, they will be looking for a new Distance Learning Criminology blogger. Have a think about applying, it can be fun […] 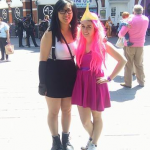 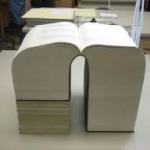 Working From Home or Office: Criminology at a Distance

Posted by David in Criminology on March 6, 2016

When I worked in an office or on site, one of the bonuses was being able to work from home whenever possible. What freedom! No commuting, no struggling through the inclement weather, no excuses for being late. My commute at that time was up to five hours per day – so that time became work […]