Posted by David in Criminology on October 13, 2016

For Those of you who have read my previous blogs you may know that I have a passionate interest in criminology and especially in hate crime. Hate crime has been growing in recent times in the UK since the announcement of the Brexit referendum poll. It was sad to witness in the UK a staggering […]

Freshers Fair not just for Freshers

Posted by Frances in Criminology on September 26, 2016

Freshers Fair runs from 10am – 4pm on Monday and Tuesday of the first week of Freshers and it’s the perfect time to chat to people, get to know what this society thing is all about, and grab yourself some discounts and usually free pizza!   I’ve yet to meet anyone (including Second and Third […]

Violence Toward Pets and links to Domestic Violence

Posted by David in Criminology on September 10, 2016

I recently read an article in a local newspaper. It referred to a video of a man being unbelievably cruel to a dog. He was later found guilty of the offence and fined heavily. Often, we find that animals seem to have inexplicable dislikes for some humans and this might explain why. One of my […]

Becoming Employable Doesn’t Have to be Stressful

Posted by Frances in Criminology on January 24, 2016

Between arriving back home from Study Abroad and starting lectures again in Leicester, my housemates have been stressing frantically over exam season while my most productive role in this period could have just been perfecting my tea making game for 6 exam-stressed housemates and myself.   Like most pre-entering-the-job-market students, I often criticise myself with not […] 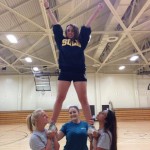 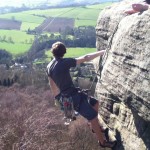 Sunny Day at the Peak District

Here’s some photo’s from my latest Climbing trip, this time we went to the Peak District and experienced some of the nicest British weather I’ve ever seen, but we could only go for one day and we borrowed the Safety Bus (a mini-bus which ferries students home after drunken nights out or late nights in […]