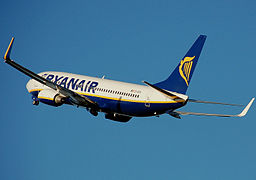 It is that time of the year when you start thinking about an Easter break abroad. Almost everyone has a horror story that features one of the notorious budget airlines. They always have a penchant of sneaking a hidden fee here another there and that horrendous fine for not printing your boarding pass that could have cost them 2p to do it.

Cost cutting makes sense but sometimes it just goes too far. Ryanair were actually considering having standing berths on their flights and it is only this week that a regulator shot that idea down. I can only imagine what that experience would be like. It is a scary thought how far these guys really want to go just to make some money. I really shouldn’t be surprised considering they actually wanted to charge people to use the loo.

To be fair to budget airlines, they have made it cheaper to pop over to Europe although they still have the annoying tendency to fly you to an airport 60 miles from where you want to go! It’s cheaper to fly from Leeds to Amsterdam than catching a train from Leeds to Leicester or if you are desperately unlucky you get the replacement bus.

Although we might not like  it, budget airlines have improved equity in terms of lowering the cost of flying making it accessible to everyone. Also unlike this country’s railway system we have choice, you don’t fancy scrambling for a seat, no worries just choose any other airline, simples!

They do serve a purpose and their recent growth shows that they are here to stay.