I have been enjoying myself with mixed hockey so far this year. It has to be the best decision I have made this year. It is remarkable how a few months ago I was nervous meeting new people but now it is like I have been part of this club for a few years. I can even hit a ball in a straight line, my hockey skills are half decent now, I have come far.

Last weekend was Warwick Tournamental, a mixed hockey tournament hosted by Warwick.  Several teams came, Reading and Aston among them.

The weekend started off with a jolly good bus ride down to Warwick. This being mixed hockey there was as usual some fancy dress involved. This year the theme was board games and I fashioned myself as Twister. With 90’s pop as the soundtrack you probably know the journey is going to be filled with games and banter. Unfortunately for me, a hockey fresher, some ridiculous challenges were thrown into the mix as well.

Once in Warwick we spent the evening out sampling the nightlife at Kasbah. It was great fun meeting other students from other unis, especially with everyone in their fancy dress. I should point out at this moment fancy dress will form a big part of your night outs.   I was a bit chafed though to discover that someone else came as Twister too, safe to say my costume was better! 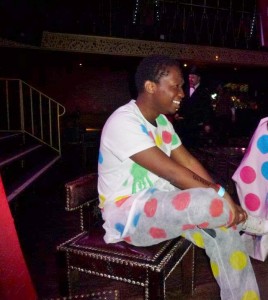 Judging by the number of old boys and girls present, Tournamental is truly awesome. I had been looking forward to the Sunday; games and loads of inflatable fun and a nice barbeque, but unfortunately the weather had other ideas. We spent the first half of the day hiding out in the local pub. We did manage to salvage something out of the day after the rain had relented later on.

There wasn’t much scope to play actual hockey by then   but there was still some fun to be had. One handed hockey was played, some spinning, human pyramid, danger canning and a bit of rolling just to top it off. We didn’t have as much fun as we could have but we sure did make the most of it. On the coach on our way back only one person was awake still singing away, his identity shall remain unknown 😉

Joining a sporting society or club is not about how much talent you have, it is about joining in and being part of a wider social group, you never know you might discover a new passion along the way. I am going to shamelessly urge you all to join Mixed Hockey next year!