Pantelis graduated from the University in Summer 2013 and is no longer blogging for this site. 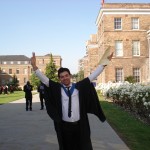 During my long absence from blogging a lot has happened. Exams have come and gone, results have been received and I have also graduated. Fortunately, the weather on the graduation day was lovely and although everything was a bit rushed all in all I had a great day. After waiting for 2 hours in DeMontfort […] 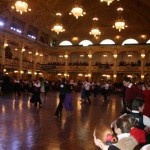 Hello everybody! I’ve actually realized that I never told you much about the Dancesport society for which I was the treasurer for the year passed. So this blog will be entirely dedicated to the Dancesport Team. Four reasons why you should join this society: •    You will learn to dance. We have two professional teachers […]

Hello! So, exams period is back! Although it’s a bit annoying having to go through it twice a year it also has its benefits especially for the not so organized students. The majority of students is not that prepared for the exams and a walk around the library in May definitely reveals this. This brings […]

A guide to international students

After the huge success of my guide for restaurants I thought that it would be a nice idea to present you with another guide. I have noticed that actually I am the only blogger who is an International student and hence my guide aims to give you a general idea of the life of a […]

As promised, here is the second part of my list with suggested restaurants. In case you haven’t read the 1st part click here to read it! •    Salvador Deli. This deli is a lovely place and the best choice for lunch after a morning full of lectures as it’s very close to campus. The paninis/sandwiches […]

As a foodie, eating out in restaurants is my passion. Before graduating and my career as a blogger ends, I really wanted to write a guide with some restaurant suggestions for students who are already in Leicester or are planning to come here. Italian food is one of my favourite type of food and so […]

Hello Readers. Sorry for the long delay between blogs but I’ve been pretty busy those last days. Last week it was the Leicester Showcase where every year all the dance societies perform some of their acts. Our Dance sport Team had a 10min performance to which I took part. This required a lot of practice […]

Posted by Pantelis in Economics on March 3, 2013

We are not the only ones though who are trying hard for a proper celebration of the Women’s day. Oxfam society has decided to transform Women’s day into Women’s week and they are organizing many fun and exciting events in co-operation with Amnesty and Activista. As the president of the Oxfam society is my friend […] 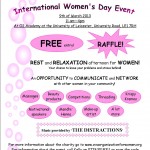 Posted by Pantelis in Economics on March 3, 2013

Women are the foundation of a successful society. Evidently, history has proven that many times. Women like Mother Teresa, Marie Currie and Eleanor Roosevelt have brought a change to the world in their own way and have showed that women can be powerful. Today, in a world where women are still not fully appreciated and […]

Posted by Pantelis in Economics on February 24, 2013

When I first entered the blog era 3 months ago, I wrote a blog titled “A bit about me”. This however wasn’t my first blog as in order to become a blogger I had to write a sample blog. I was pretty satisfied with it and thought it would be a good idea to share […]