Posted by Pantelis in Economics on February 24, 2013

When I first entered the blog era 3 months ago, I wrote a blog titled “A bit about me”. This however wasn’t my first blog as in order to become a blogger I had to write a sample blog. I was pretty satisfied with it and thought it would be a good idea to share […] 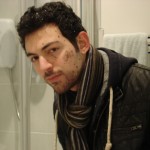 Posted by Pantelis in Economics on February 15, 2013

As this is my last year in university I decided to be more active and do something extra that I could also add to my CV. I have therefore applied for the Volunteering Leicester Award. The reason I chose volunteering? Because helping children/animals (everything) makes me feel good. For this award you have to complete […]

A discovery that brings history back to life!

Posted by Pantelis in Economics on February 5, 2013

The skeleton found beneath the car park belongs to the English King, Richard the 3rd? This is so cool! And what is even cooler is that experts from my university confirmed that! Yesterday, 4th of February, our University announced the results of a series of investigations on those remains and local, national and international media […] 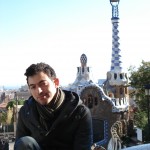 Barcelona – The city of Gaudi

Posted by Pantelis in Economics on January 29, 2013

A trip to Barcelona was the best way to celebrate the end of my last January exams. We literally couldn’t have found a better destination for holidays. Barcelona was AMAZING! It combines everything that I could have asked from a European city (from sightseeing to food and shopping). The best thing for me though is […] 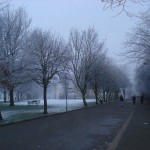 It feels good to be back!

Posted by Pantelis in Economics on January 16, 2013

As my title already betrayed I am back in Leicester (a few days now) and I have to admit that I missed it. The cold weather is the only thing I haven’t really missed. I am glad though that I came back on time to see the first snow. What’s better than sitting by the […]

The new year from an economics student’s perspective

Posted by Pantelis in Economics on January 8, 2013

Happy New Year Everyone! I hope that you have all enjoyed your holidays and have charged your batteries for a new demanding term. I have already returned back to studying as I am preparing for this term’s exams and I have reached a stage where my days are all about economics! I have even prepared […] 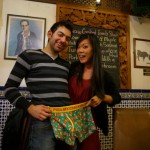 Posted by Pantelis in Economics on December 20, 2012

After all the stress I’ve been through last week I am finally back home for Christmas. As I have already moaned in my last blog, the last week of the term has been kind of hectic due to the various deadlines but it also had some nice and enjoyable moments. Usually in the last week […]

I’m sooooo tired! Get me out of here!

Posted by Pantelis in Economics on December 12, 2012

Ok, normally I wouldn’t say anything like this. University life is awesome and even with all the difficulties I wouldn’t change it for anything in the world. Sometimes I even wish it would last longer as these wonderful 3 years are approaching to their end. This last week though has been HOR-RI-BLE! It was one […]

Going out in Leicester

Posted by Pantelis in Economics on December 4, 2012

In between all the assignments, the lectures and the tutorials an outing with my friends is always the perfect escape. As a cinephile, a movie comes always first on my list and after hearing all those excellent critiques about Skyfall I decided to grab some friends and go check it out. Usual place as always, […]

Posted by Pantelis in Economics on November 25, 2012

Hello everyone and welcome to my blog. My name is Pantelis, and I am a 3rd year BSc Economics student from Cyprus. Economics have become very popular nowadays with the Euro zone crisis going on. I must admit that it feels very good being able to understand the reforms governments implement and how they work, […]