I’m now only several weeks away from finishing at university and summertime is rapidly approaching, as evidenced by the weather. Summer for students lasts from roughly the end of June until the start of October. For the past 3 summers I spent this time in the USA on a J1 work/travel VISA. I know I have mentioned this previously but I feel it’s important to underline how much time off students have during summer and highlight some possible ways to spend it. I should mention that getting relevant job experience is very useful for getting onto the career ladder upon graduation. However, while I’m young, its been nice to get away.

I’ll first point out BUNAC which is the agency these experiences have been arranged through. Back in 2008/09 I decided that I had wanted to do something different for summer and applied to work in the USA at a summer camp. The application process involved submitting an online profile and interviewing with several camps as well as traveling to London to apply for a J1 VISA at the American embassy. The camp that I ended up working at was a sports camp in rural Massachusetts, lots of camps are situated in essentially the middle of nowhere. The contract was for 7 weeks and the pay was minimal but I had a great time helping coach a variety of sports and being involved in a whole load of fun activities. After camp I had a short tour of the east coast before heading back home. At the start of the 2nd year I decided to continue working with children within a range of projects as a member of Contact Student Volunteers which is the volunteering society at the University of Leicester (the name is probably a big give away). 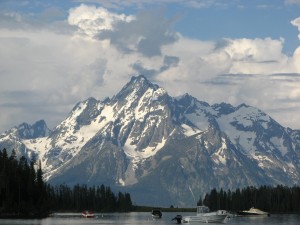 The following summer I decided to try the Work America program offered by BUNAC to experience another side of life in the USA. The process was fairly similar and I ended up finding a job working at an oceanfront hotel on the east coast. The English accent (mistaken for Australian several times) and my pasty white complexion made me stick out like a sore thumb, but the free time at the beach was very enjoyable. The pay was better and the hours were shorter which meant after working the season I decided to spend money on a Trek America tour  which was a great experience as it meant I was able to meet many like minded travellers and see yet more of the USA. Last summer I decided to work in the USA again and found a job working in a National Park. Again, another brilliant and varied experience as I was able to hike, kayak and party in my free time. It did involve a 2 week period of traveling prior to finding work, it isn’t always quite as easy as it sounds. This summer I’ll be attending the British GP and graduating but have little else planned so far but I am definitely stricken with wanderlust.