Running Park Runs at the Park

Have you ever heard of the Park Run?

Park Runs are timed 5k runs (usually at parks) all around the country. As the Park Run website says anyone ‘from those taking their first steps in running to Olympians’ can go, and you don’t have to run. People sprint,  jog, walk or even take their dog on a lead or their baby in a pushchair! It’s as serious as you want it to be!

However, the only one in Leicester was at Braunstone Park, which if I wanted to go to while living in Oadby last year, was 4 miles away, so even with a bike it was a massive pain travelling there and even worse on the way home, after the run.

The good news is that as of yesterday our very own Victoria park is now a Park Run venue. I wasn’t too sure it would actually go ahead because people have been talking about it for months without it happening but sure enough yesterday an impressive 228 people turned up at the top corner of Victoria Park next to the Attenborough building to run. It’s a beautiful venue and it a was nice, if very nippy day!

If you fancy coming along, to any run, they all start at 9am Saturday morning. This does sound early because it is early but if you can drag yourself out of bed it’s well worth it. I started going as a form of training for the half marathon and it really is useful having your progress tracked with an accurate time at the end of each run. The website gives you all sort of stats such as personal bests and how you compare to all the other runners on that day. The fact that there are so many other people there helps too as you feel compelled to try and keep up and maybe overtake the person in front.* It’s healthy, refreshing and the fact it’s early is actually quite good because you feel like you’ve accomplished something and still have the whole day ahead of you… Or do what my house mate does and come home and sleep! As of next week we’re going to have a massive brunch at one of the Queens Road restaurants afterwards and we can feel like we’ve deserved it.

If you want to come, just sign up on their website and print off a bar code. Take it with you and they will scan it at the end so your time can be recorded. 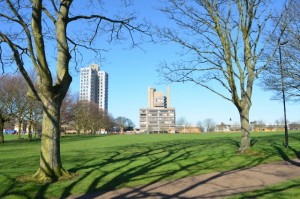 It’s good fun and right on most UoL students doorstep…

Thanks for reading, will be posting again soon! 🙂

*An example of a motivational overtaking  happened yesterday when I was really feeling tired, wanting to walk, when an elderly lady with a double pram comes jogging merrily past me and I feel shamed into carrying on!