For the month of November, every Tuesday lunchtime a group of brave/foolish souls gather in the unlikely venue of the Charles Wilson Building’s canteen, Chi*. Competitors put on the supplied sombreros, and attempt the infamous Chilli Bomb Challenge. Yesterday, it was my turn.

It was a mountain of chilli con carne protected by triangular shards of tortilla crisps. On top of the pile was 3 jalapenos and 2 redy-brown chillies with steam bellowing from them. As we signed the legal disclaimer we realised what a mighty beast was in front of us; and only 30 minutes to conquer it. If we were to succeed, as well as eternal glory, we would get a chilli bomb tee-shirt and a place on the coveted wall of fame. If not- the wall of shame…

Drama aside, it was genuinely a really tasty chilli- chi’s standard one with some added hot sauce. The really bad bit was the chillies on top. I made the mistake of chewing them but my friend Joe managed to swallow them whole. He polished the dish off in 3 minutes and I did it in just under 5. Looking round the table, it seemed like we were a head and shoulders above the rest but then we saw a guy on the other table who must have inhaled it to finish in in a minute and a half! I know it’s a cliché but my mouth really did feel like it was on fire by the end of it and even after I’d finished breathing was painful with every exhaled breath burning the inside of my mouth and lips. It took two pints of milk to subdue the pain. 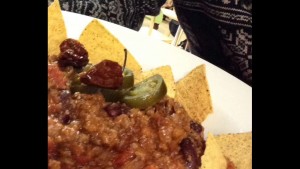 Of course with chilli the pain isn’t always over once you’ve eaten and although it may be entirely unrelated, Joe did have to leave the lecture rather abruptly this morning but we won’t go into that…

In second year, since I’m living in a house, I’ve been trying to save pounds in money and weight by making my own lunch so I hadn’t really been in Chi much this year. I found out they’ve re- done the interior and have a new policy of “dine by day, study by night” where from 3-10pm it’s converted into a study room which is really cool. I can see it being really useful because, although the library and the C and D lab for engineers are good for individual study, for group work the tables are set out badly. I would have thought Chi would be much better for group study with its sociable seating arrangements.

Let me know your time if you did the Chilli Challenge!

*Chi is pronounced CHEE or CHEYE depending on who you talking to, I’m firmly in team CHEE. 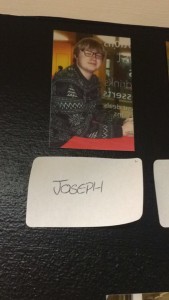 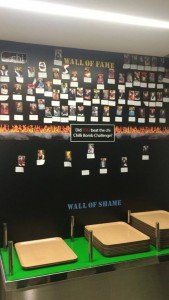 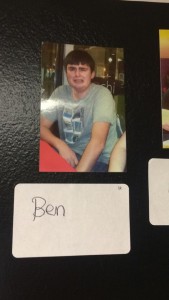