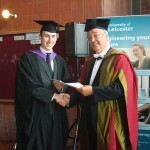 I’ve now officially graduated from the University of Leicester and have an MEng General Engineering degree.  The ceremony took place on the morning of Thursday July 12th so this blog is being written a little later than expected.   The Vice chancellor took his time to address the graduands and proud families (including some Royalty […]

Graduation is right round the corner and I have now packed up and left Leicester. Since my previous blog post I have sat my final exam, given my final presentation and had a couple of relaxing weeks.  It has involved a day trip to Alton Towers, an evening/picnic while watching Tim Minchin (clicky for those who […]

Posted by Matthew in Engineering on June 4, 2012

After graduation I’ll be pursuing further study but there are many fellow course mates that’ll be entering the work force within a variety of engineering environments.  Most will identify themselves to be engineers, and they have no reason not to, but for many becoming an engineer is about achieving Chartered Engineer (CEng) status with a […] 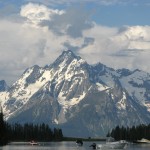 I’m now only several weeks away from finishing at university and summertime is rapidly approaching, as evidenced by the weather. Summer for students lasts from roughly the end of June until the start of October. For the past 3 summers I spent this time in the USA on a J1 work/travel VISA. I know I have […] 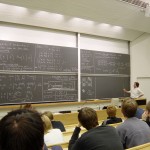 I thought I should take some time to address a rather important issue which has been brought to light in the media recently (links inbound). That is, as per the title, the subject of contact hours. Both the BBC and the Guardian (other news sources are available) have recent articles regarding a report by Bahram Bekhradnia on behalf […]

Formula One, Fitness and Finals

My project report was due in, and successfully found its way there, last Friday. I have become somewhat accustomed to writing reports in my 4th year and being worth 6% of my grade it was rather important. The report focused on characterising an electrodeposited alloy coating by use of scanning electron microscopy (SEM), X-ray diffraction […]

Posted by Matthew in Engineering on April 27, 2012

It’s been a while since I last wrote a blog so I guess it’s time for a catch up on what I’ve been up to. I was bogged down with finishing project work as term drew to a close so a quick visit home was on the cards almost immediately. I returned to Leicester soon […] 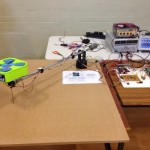 Posted by Matthew in Engineering on March 28, 2012

I briefly mentioned in one of my earlier blogs that as part of being a 4th year I managed a team of 7 2nd years throughout their design module.  This year the task was to conceive, design, implement and operate an unmanned aerial vehicle with 4 degrees of freedom.  This means the UAV was secured […]

Posted by Matthew in Engineering on March 22, 2012

This Wednesday afternoon started by clambering onto a minibus and embarking on a trip to Rolls-Royce visitor centre in Derby. There were 15 engineering students in total and upon arrival we were shown around the heritage centre which included looking at a RB211 and a Trent 800, both of which are turbofan engines. The RB211 […]

My Life as a Test Subject

Posted by Matthew in Engineering on March 13, 2012

Several weeks ago I briefly mentioned how I had been involved in some testing for forensic engineering by stabbing foam blocks with various implements. The latter half of last week I participated in some testing for bioengineering. One of my housemates is currently undertaking a project focused on EEG (Electroencephalography) and visual perception and needed […]