Posted by Oishi Deb in Engineering on November 30, 2016 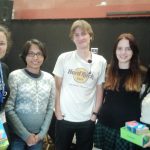 Posted by Oishi Deb in Engineering on November 13, 2016

I attended the womENcourage conference in Uppsala, Sweden in September 2015 which was organized by the Association for Computing Machinery (ACM). The ACM-W Europe womENcourage Celebration of Women in Computing is a scientific event, and also an event aimed at networking and exploring career opportunities for women in computer science and related disciplines. This conference brings together […] 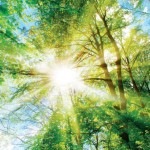 One of the Mechanics Lab assistants wore a hoody today which said: “Engineering is like riding a bike. But the bike is on fire, you’re on fire, everything is on fire, and you’re in hell.” I’m not saying that’s always accurate but there are times I would have to agree. Engineering is up there with […] 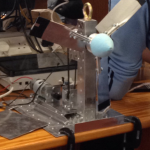 Wind Turbine… Or not

So, finally, the end of term! And all my deadlines are complete, meaning to some extent, (ignoring revision), I now have five weeks off to relax a little before next term and the exams that come with it. This week saw the end of our design module that I have mentioned in previous blogs, so […]

You may remember earlier in the term I mentioned a group project in which we had to design and build a prototype wind turbine. Well I thought, as promised I would write a quick update on how that is going. A few weeks back we finalised our design, having created multiple CAD drawings, and done […]

End of Exams Break… Or not

Hello everyone! I’d just like to apologise for my lack of posts, I have been bogged down with revision over the past few weeks. Thank fully as of Monday morning the horror that is exam period for me was over. Now just to wait for results and hope that all my hard work paid off! […]

Coping With the Workload

Posted by Jamie H in Engineering on November 2, 2013

With it now being week five of the term everybody is well and truly settled with the workload, I’m sure for everyone, starting to pile up, I know it is for me! With that in mind I thought that I would give you a few tips for surviving the workload. There is a huge difference […]

Posted by Jamie H in Engineering on October 6, 2013

So it’s the end of the first week of 2nd year, and it has literally flown by, especially since I haven’t really done a whole lot so far, I have a feeling that’s how the rest of the year will go too. The first week of every year always seems to include introductory lectures about […]