When you’re in a revision period, it’s tempting to try and find ways of making your downtime somehow aid the revision effort. And by far and away the best activity is to find movies which relate to the course. A movie gives you visualisation of the stuff you’ve been reading about, and fetters together quotations and themes with imagery which might actually return to you when you need them in the exam. Awesome stuff. So why are there no good movies about these books?

That’s slightly unfair, because Excalibur (1981) is about as close to an accurate portrayal of Le Morte D’Arthur as we’re likely to see, which isn’t saying much because trying to fit such a large book into even a 140-minute film is going to require some cropping. Tough luck, Sir Galahad. And where was Sir Ironside? Granted I don’t know anything about Sir Ironside, but I figure he should have played a bigger role on name basis alone. The film was far better than I expected, and if anyone’s studying the book for the exam then it’s required viewing. The film adaptations of Sir Gawain and the Green Knight seem more interested in telling their own story. As for trying to find a film of Sir Orfeo? Yeah, tell me how that one goes. I suppose something good like The Seventh Seal could indirectly help you. It’s certainly better than the competition.

As for the From Satire to Sensibility module, you’re even more doomed because 18th century political satire tends not to bring in the box office dollars. It’s fairly apparent that Gulliver’s Travels is doomed to wallow in inane children’s movies thanks to its early bowdlerisation into children’s books. The closest film you can get to the book is a television series, which is the only adaptation I’ve found that even tries to adapt anything other than lol tiny people so funny dur hurrrr hnnng — and even that gives it a happy ending because it’s by Hallmark. Evelina? Nope. A Tale of a Tub? Alright, you’d struggle to make a film out of that. Roxana? Nope. Wait, what the heck is this? ‘A dramatic dance interpretation of Daniel Defoe’s novel Roxana?’ Maybe Hollywood should stop making movies about toys from the 1980s and start ploughing this rich period of history. Although if that results in a wisecracking Sir Orfeo who fights fairy robots in an oil refinery then maybe I’ll pass. 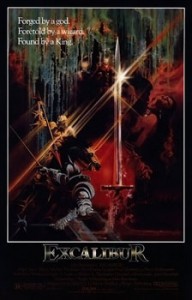 Is that Sir Ironside? If not, why not?