Suddenly we’ve been hit by some kind of strange weather, similar to winter except, like, the opposite if that’s possible? It’s really strange and hard to describe. It’s like if cold were upside down, you know? The kind of weather where you might be able to actually go outside only wearing a t-shirt. Special reports say that this strange phenomenon is being tentatively called ‘summer’. It’s being said that this weather is the perfect time to go to Madison’s on London Road and get an ice cream.

Which is exactly what I did after my Satire to Sensibility exam. The exam itself featured some slightly baffling questions, but with a choice of twelve I was able to find room to talk about Alexander Pope, Frances Burney, and Jonathan Swift. I even managed to go through 3/4 of the exam before descending into irresponsibly unsubstantiated blanket statements about the period! And in the end, isn’t that all a man can ask for?

But the word on the street is that the Satire to Sensibility exam is small fry compared to Medieval Literature, coming up next week. Sure, you’ve got your stalwart texts like Sir Gawain and the Green Knight and Sir Orfeo, but after that the road is not so comfortable. It’s going to be a bumpy ride, as they say. Apparently nobody ever writes about Piers Plowman, one of the most important texts in the entire period. That makes me feel kind of sad for the poor little guy, but if he wanted to be written about by undergraduates William Langland should have written something other than a massive complicated phantasmagoric religious allegory dream narrative. The fool.

Oh, and Tom beat me to this. Prime blogging material, that was. 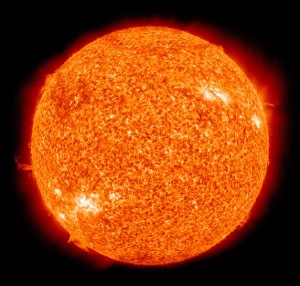 What art thou, queer orb?