The Aftermath of Exams: Lost Horizon

English exams are finished and everybody is everywhere. And that leaves about a month before the summer ball with nothing particularly solid to fill it with. The most literary thing I have to say about that is this: Turin’s English literature curriculum is mysterious and so that leaves the perfect chance to read non-English literature during this period (something which leaves you, or at least me, feeling kind of guilty in a normal situation when I have next year’s English modules laid out before me). That means I’m going to be reading literature from Abyssinia, Yugoslavia, Persia, Siam, the Dark Continent, the New World… Maybe you can tell I haven’t read outside of this country in a while. These places still exist, right?

Just some books I’ve been eyeing: J.D. Salinger’s The Catcher in the Rye, Dante Alighieri’s La Divina Commedia, Albert Camus’s The Stranger, Raymond Chandler’s The Long Goodbye… Dante should last me a long time, at the very least.

Oh, and Prometheus is coming out, like, right nowish. I’ve got a lot of hope riding on this film, so if it turns out to be phony (thanks, Salinger) then I’m hitting the highway. 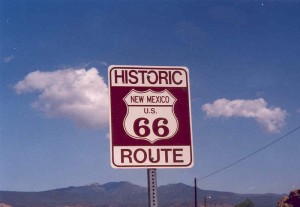