There are two sizeable events coming up at the end of this month, really the last gasps of the university year. The first is the Summer Ball, this year called the ‘Summer FestiBall‘, which is a cunning pun. I would have suggested ‘Ball-O-Rama’, but I have little political sway in that department. Seems this year there’s going to be stuff like a ‘Drive-in Cinema’ and ‘Las Vegas Casino’, the 1923 restaurant is going to be serving cocktails and playing jazz (you’ll know where to find me), The Scholar bar will be retro, there’ll be a funfair outside, some other stuff — and also headline acts will be playing in the O2 arena. Cover Drive, DJ Fresh, Citzen… Yeah, I don’t know anything about music. But everyone will be wearing suits or dresses and it goes on until 6am. That is, if you’ve got the endurance. The Summer FestiBall sees the university year off in style. Until then, I’ll be in the pool.

In a follow-up to my last post, the verdict on Ridley Scott’s Prometheus. Now as much as you can say not to go in expecting another Alien, the fact is that you can’t have a prequel to Alien directed by the man himself and not go in expecting Alien. It’s impossible. So whereas the original Alien was claustrophobic, with natural, improvised-sounding dialogue, sparse-but-effective action, realistic characters…nah, Prometheus don’t have that. But it does have a very cool mix of CGI and practical special effects, sets which do acknowledge the retro-futuristic technology in the first movie, the return of H. R. Giger’s shudderingly-suggestive art style, and a plot which attempts to venture somewhere more interesting than your standard summer blockbusting fare. And the sad fact is that it’s better than the vast majority of movies in the franchise. Alien: Resurrection, you’ll never stop sucking.

The other major event coming up is exam results. BAM. Wait. Uh-oh. 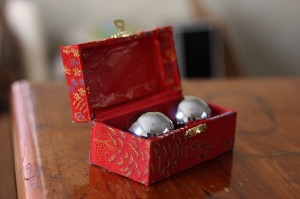