So you’re happily strolling through your Erasmus year when BAM  — exams. You still have to take them, and you still have to pass them. What does an Italian English exam entail? Is it a cooking competition? Does it involve the opera? Do you win if you’re already English? If you’re asking those questions, then you’re the prime target for the following blog. And in addition, oh dear. The observations are based on my first semester modules, and in later months I’ll post an update based on the second semester’s exams. Winter exam period is, this year, from mid-January to early February.

For the most part, the University of Turin’s modern languages department assesses students of English literature in two ways: the  istituzionale part and monografico part.

The istituzionale part is a multiple choice test about the history of English Literature, in this case based on the book by the upstanding Paolo Bertinetti. So far all three of my modules have had variants on this exam, ranging in scope: the first covered selected sub-chapters of the entire book, the second from the Romantics to the end of the 20th Century, and the third from the Romantics to the Theatre of the Absurd. As you can imagine, students from Leicester already have a pretty decent grasp on the shape of English literature and therefore shouldn’t find it too difficult, although you will have to catch a few curveballs thrown in that are hardly general English student knowledge. But this part is really just a taster for the monografico section.

And now for the monografico section. Beautiful, but deadly: this exam is an oral based on all the texts studied, lasting an intended time of around 40 minutes. You talk with your professor, discussing the texts and answering questions and hopefully showing your deep understanding of what you’ve been doing for the past three-or-four months. If not, that’s an awful long time to sit still. This can usually be done in English or Italian, but I doubt anyone but the Italian-born will feel like discussing Sense and Sensibility or Mrs Dalloway in Italian. Hey, your choice.

You may notice the lack of essays. This semester, my modules have not included any; however, English students will find themselves six credits short if they only take the normal (in the UK and Italy) six modules. This is traditionally rectified by writing an essay of decent length for one of the Italian professors. They give you six credits, your total goes up to the required 60. You pass.

And then you have to enter a pizza cooking competition to legally leave the country. 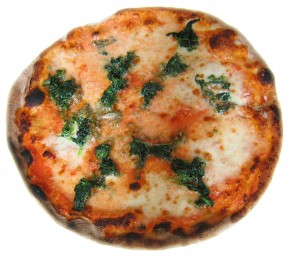 One response to “Exams in Italy: The Running Man”