The monografico exam — that is to say, the important exam — for all my courses in Turin this semester has been oral — that is to say, spoken. Which leads me to say that I’m going to talk about this vital aspect of the Italian university system and let potential Year Abroad students know what they’re in for. So to say.

But it goes without saying that an exam in which you have to articulate yourself in conversation, with no time to cross out or plan, is not at all what most humanities students are used to doing. English at Leicester is assessed in written exams and essays. The plus points for an oral exam include not having to learn quotes off by heart. You need to be able to back up your arguments with evidence, but a word out of place won’t do you damage in the same way as it would if you misquoted somebody in a written exam. You’re also sitting right next to the examiner, so if you’re struggling with the way to express a point, they may well catch your drift. It’s not possible to say ‘you know what I mean, right?’ in a written essay. Maybe for Chaucer.

I wouldn’t want to suggest that oral exams are a joke though. Some people struggle with such a personal, immediate form of testing. The paper isn’t there; the shield between you and the examiner has been taken away. If you don’t know the answer, you have to tell that to a person’s face. There’s no choice of questions, and little potential for a clever answer to worm your way out of a crisis. It’s raw examination.

The tutors I’ve had did everything they could to put me at ease during the oral exam. I sat down, the tutors posed me a question (in English, just like the rest of the course) along the lines of  “Does Sarah love God in The End of the Affair?”, and then they sat back as I pieced together fragments of an argument. If you like the texts, it’s actually pretty fun and the forty/fifty minutes are gone without any help from your watch. My advice to people who don’t like the idea of doing oral exams is to not let it put them off doing a BA English (with Year Abroad) course. That’d be a sad end to a promising career of Italian adventures. Know your stuff, enjoy the chat, and then go and have a coffee. 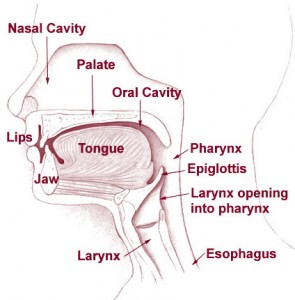 Depicted: how an oral exam works.