A major Italian city needs a major Italian transport system, and Turin has just the ticket. The ticket in question costs €1,50 (with the current state of the economy I won’t bother to give you a currency conversion, but you can at least be assured that’s still less than £1.50), and it allows you 90 minutes of unadulterated travel around the Piedmontese capital.

Those of you unfamiliar with the Italian transport system might be wondering how a single ticket can allow you to take the metro, then get onto the bus, and then get onto the tram, then go and have a piadina. Honestly, it’s the UK which is the odd one out, despite well-meaning schemes like the Oyster card. What happens is you buy a ticket or a bargain batch of tickets at a tobbaconist, and then when you get on your first vehicle you stick it in the validation machine, which prints a time on it. You have 90 minutes from that time in which to get on and off vehicles as you please. No barriers like the London underground, no talking to the driver, no asking about how much it costs to get to X. None of that.

It’s a trust system, and the deal is that you trust that if you don’t stamp your ticket a conductor will fine the pants off you. Conductors hop on and off trams at random, so unless you want to have a rather edgy ride then I’d recommend you stamp your ticket. Conductors are, however, few and far between. It’s not a flawless system and it’s easy to see why something like this might not fly in the UK. Most Italians have season tickets anyway. Also, there are quite a lot of strikes. Well.

Question is, is public transport worth catching? The answer is yes. Buses and trams are frequent, easy to use, and generally in a clean state. The metro in particular is very recent and fancy. The truth is that I don’t have much need for public transport — I live close to the university, in the city centre. But other students live on the outskirts and for them the easy ride to Via Po is an everyday necessity. An alternative is [TO]Bike, the recent scheme to encourage cycling. With an annual €25 card, members can ride any of the public bikes stationed all around the city. It’s extremely popular and a good thing for us all.

And to think that the Piedmontese tourist board is still not paying me. 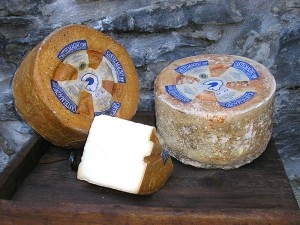