One of my very first posts, and one of the very few ones not to include a film name in the title, was written about Literary Leicester. We’re now on the University’s sixth year of this popular celebration of writing and writers, and the lineup is at least as exciting as Glastonbury or Woodstock or whatever the kids listen to. The event runs from the 13th to the 16th of November, so it’s nearly upon us. In fact, what’s that? Look out! It’s behind you right now! 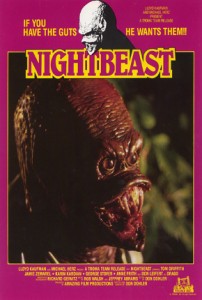 This year we welcome on campus Amitav Ghosh, whom I wrote about after his appearance at Incroci di Civiltà in Venice last year. The accomplished Bengali author will be talking about his works, which have received too many awards to mention. Ghosh’s novels usually explore clashes and collusions of cultures, and in a way which is a pleasure to read as well as an education. I recommend The Hungry Tide as entry-level Ghosh.

We also have two presentations on Richard III by the English and Literature departments, the first being ‘Richard III: Literary, Linguistic and Theatrical Perspectives’ and the second ‘Bringing Up the Body: Detecting Richard III’. These will discuss the clashes between fact and fiction which have defined the journey that poor Richard has been on ever since his violent death, from the beautiful and influential language of Shakepeare’s play to his role in Josephine Tey’s singular 1951 detective novel The Daughter of Time to the recent discovery of his actual body loitering in a car park.

There are plenty of events on so I’ll just list a few more that catch my eye: a multimedia performance by Andrew Mitchell of his poem The Burial of Lord Byron, Julian North’s lecture on the posthumous creation of maverick Romantic Percy Shelley’s reputation, and an evening with Michael Frayn, writer of the uproarious comedy Noises Off and the recent Observer and Sunday Times Books of the Year shortlister Skios. There’s also a selection of children’s events, including a workshop with beloved childrens’ illustrators and authors Reg and Ann Cartwright.

Literary Leicester is open to all but for any English students it’s a perfect chance to step outside the bounds of your timetable and really embrace the culture of literature. Also, some of the events are in the Embrace Arts centre. Tickets are free but must generally be booked in advance. Catch you there.