I did warn that I’d be taking a look at the Victorians in this blog, and never say I don’t follow up on my warnings. True, the one with the real authority to talk about the Victorian Era is my colleague Linda, but my policy on this blog has always been to talk about things I don’t know and I see no reason to stop now, or to start knowing.

I’m referring of course to EN3020, Romantics and Victorians, the only obligatory module this semester (the Compulsory Dissertation being pretty much whatever you want it to be). With the Romantics out the way the course has moved on to discuss the earlier Victorian icons: Tennyson, Rossetti, Dickens, Eliot. Blarfblarfblarf — what’s that? Equal numbers of men and women? In the Victorian Period? But surely everyone knows the Victorians were just human beards whose malnourished hearts were interested only in sexism, account books, catching consumption,  ruthless capitalism, different varieties of pork pie, books with no pictures, huddling by the dying fire, top hats, and the joys of mourning? 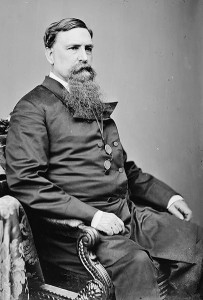 The truth is of course much more complicated. To cut a long story short, many of our stereotypes come from Modernists such as the Bloomsbury Group, who made things up about the Victorians to make themselves look cool and to hide the fact that their books are about as gripping as the Shipping Forecast.* To cut things even shorter, we have our image of the Victorians because it benefits us to simplify things and we find it comforting. EN3020 goes to great lengths to stress the fact that the people who lived during the reign of Queen Victoria were neither uniform nor the period drama extras we rely on so much in our perception of history.

The lectures have in general taken unexpected angles on those texts we all know or know of — Great Expectations, Oliver Twist, Middlemarch — and shown why these familiar names are not all they seem. The themes of the day have ranged from Darwin to homosexuality to the economy to the unbearable lightness of being. Running parallel to the primary lectures is the Neglected Victorians series, which deals with some less-recognisable names. I also attended a rather interesting Victorian Studies Annual Lecture a few weeks ago by veteran biographer Kathryn Hughes called ‘The Mysterious Case of George Eliot’s Right Hand‘. This discussed the wider social implications of how much milking George Eliot got up to (or didn’t).

I suppose it’s hardly shocking that a famous period in history was nothing like the movies, but I think that the Victorians have it hardest in terms of our misconceptions. They’re not entirely unearned — it was a rather grim time to be alive, but then again I’m sure so was the Romantic Period, the Restoration, and the Renaissance — but the most important and difficult thing is to remember that we’re not so great, and if we’ve had an idea the Victorians probably had it too, and wrote it up in a book with small type and no pictures. 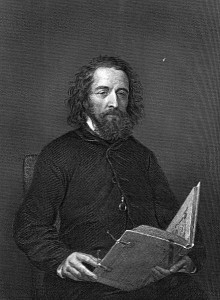 Lord Tennyson, with the instruction manual for a washing machine.

* I hold no responsibility for this comment, especially considering the existence of next semester’s Victorian to Modern module.