Final Semester: The Day After Tomorrow

This post is the beginning of the end. The beginning of the last semester of this blogger’s stay at the University of Leicester. They’re signing me out. Writing me off. Roughing me up. Clocking me … down? Even the three final modules of the semester seem to be saying “You can’t hide in the Middle Ages any more. Welcome to the Modern Era.” And what an era it is. 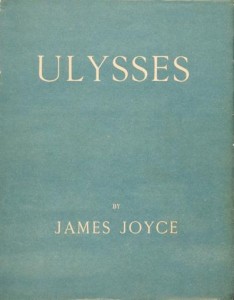 Like last semester, there are two modules which are pretty much unavoidable: Victorian to Modern, and Post War to Postmodern. The third choice is yours to choose from the list at the bottom of this page. Choose wisely. I went with Detective Fiction because it sounded totally sweet/cool.

Victorian to Modern: Literature 1870-1945 is the direct sequel to last semester’s Romantics and Victorians module, much in the same way The Empire Strikes Back follows A New Hope. It’ll cross wires somewhat with the 1890s Special Subject I took last semester, which is handy, and means I’ll have a head start on Hardy, Wilde, and the women writers of the fin de siècle. But I’ll probably need that head start, because Modernism means some of the most difficult authors on the course, including Joyce, Woolf, and T. S. Eliot. Considering the mostly combative attitude the Moderns took to the Victorians, I expect the module to contain some fantastic punch-ups. Also — ooh, George Orwell.

As for Post War to Postmodern: Literature 1945-present, I have no idea what to expect here. Do people even write literature any more? This module is too close for comfort, with guest appearances from Graham Greene, Beckett, Pinter, Larkin, Angela Carter, and other such rufflers of feathers. Ah, I’m just kidding. You guys are alright. But this ain’t your Beowulf any more. Unless of course, you mean Seamus Heaney’s translation of Beowulf. I’m looking forward to being enlightened by some our more living classic authors.

Now Detective Fiction from Sherlock Holmes to the Second World War, that’s what I call a module. Conan Doyle, Agatha Christie, Dorothy L. Sayers, murders, robberies, neon-painted hounds, pistols, muddy footprints, Poe, disguises, inheritances… I can’t wait. Like the last Special Subject, this one’s assessed by a 5000-word essay. I have yet to confirm that you can also get a First by solving an actual murder. 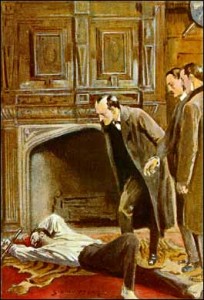 Stay tuned for all these and more in next week’s episode of this blog.

2 responses to “Final Semester: The Day After Tomorrow”