One of my favourite forms of literature is the short story. Finely-sculpted and direct, it provides a little tableau that Edgar Allan Poe called ‘unblemished, because undisturbed’. It’s a format that has a lot of import for students of the Gothic, because the Gothic and the short story are two literary stands that really grew up together. From the strange and sensational narratives that trailed English literature’s first Gothic wave in the latter eighteenth century, on to the definitive works by Poe and Washington Irving in the United States in the early nineteenth, and then the fruitful explosion of fin de siècle works, the Gothic and the short story were meant for each other. In this post I’m going to recommend five stories that I believe deserve to be read, whether it’s for their uniqueness, impact, innovation, or just their full-on craziness. Check them out, and don’t forget to thank Horace Walpole, Clara Reeve, and Ann Radcliffe for their founding role in this, the greatest of genres. 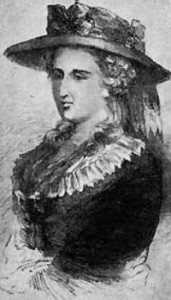 1) Anon, ‘The Friar’s Tale’ (1792) — A dramatic early tale of love and betrayal in the Alps. Although it is perhaps doomed to forever be confused with Chaucer in Google searches due to its title and anonymous authorship, ‘The Friar’s Tale’ is a lot of fun, successfully telling a satisfying story that many authors would have dragged out into a novel. The reason I draw this one from a selection of many similar tales is its interesting presentation of religion, considering that the genre in many ways existed to take shots at the Pope.

2) Anon, ‘The Astrologer’s Prediction; or The Maniac’s Fate’ (1826) — The perfect representation of the Gothic. Destiny, heredity, madness, the gloom of the Black Forest, the opulence of Venice… Read this, if nothing else, and you’ll know what it means to be Gothic. It also has an excellent title.

3) Charlotte Perkins Gilman, ‘The Yellow Wall Paper’ (1892) — Rediscovered as a pivotal feminist text, ‘The Yellow Wall Paper’ is also a tremendous achievement in American Gothic. A more human story than the others in this list, it is also more affective. The titular wallpaper presents an intriguing and multifaceted symbol which has been the subject of much critical study, but whatever the meaning, it’s no surprise that this chilling tale of a woman’s confinement and abuse has never fallen from favour.

4) Arthur Conan Doyle, ‘Lot No. 249’ (1892) — It’s about time Doyle’s non-detective works received a wider audience. He has a great power to disturb, which is perhaps why most of the best Sherlock Holmes stories were the ones where the man is confronted by horror. Lot No. 249 is an anticipatory mummy story, and its influence is everywhere. Horror cinema would be a very different place without this story.

5) M. P. Shiel, ‘Vaila’ (1896) — Never having read any Shiel before, and having heard only unsavoury things about his person, I wasn’t expecting a great deal from ‘Vaila’. But a great deal is exactly what I found: a uniquely haunting portrayal of madness, sublimity, phantasmagoria, and the delusion of the senses. The vortical castle in which the story is set is truly one of the greatest Gothic creations. Just to read the story is to become disorientated and a little bit seasick, such is the power of Shiel’s Decadent prose. 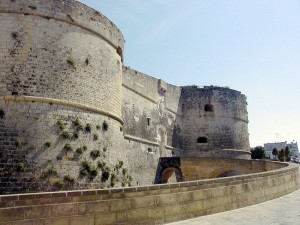 This is the Castle of Otranto, but the Gothic really doesn’t benefit from daylight.

It’s worth mentioning that there are two Gothic modules available to English students at Leicester, ‘Gothic: From Otranto to Wuthering Heights‘ and ‘Late Victorian Gothic: Texts and Contexts‘. Honestly though, the Gothic has a finger in every pie, and that means you’ll find a little bit of Gothic in nearly every module on the course. There’s no escape!