After some weeks of books, I felt like talking about practical matters. I thought I’d write a post about finding basic human sustenance on the Leicester campus. Here it is.

There are eight or nine prime eating joints on campus. I’ll discuss them all.

Library Café — Without a doubt the most popular place to eat on campus. Around lunch hours in term time this place is packed. I think the fact that it now sells the most popular coffee from the greatest city in Italy may have contributed to its fame, but this place has always been popular due to its strategic placement. Here you’ll find salads, sandwiches, soups, panini, muffins and cakes, coffee and tea, beer and wine. The smartest thing to do here is use your LE Card to get a regular coffee and a cake for £1.95.

Del!cious — The best choice of decent food on campus. There are lots of sandwiches, bloomers, pizza slices, salads, sausage rolls, takeaway rice and noodle dishes for a decent meal. It also sells colourful snacks, and features an odd but classy wall of fine chutneys, jams, and wines. The coffee’s not Lavazza, but it is cheaper. My call: get a hot sausage roll, or a utilitarian coffee.

Café Piazza — Vaguely stuck between the Belle Époque and the Jazz Age, Café Piazza is a vegeterian eatery and coffee house. It’s probably the prettiest place to eat at the University, unless there’s some cool restaurant they don’t tell undergraduates about, and it’s also more likely to be quiet than the Library Café. You’re able to get rather nice hot vegetarian meals and soups, but there’s also a pleasing selection of cakes on show. No Lavazza machine but each coffee comes with those glazed biscuits. I like this place.

Chi — It’s a canteen serving internationally-themed dishes, varying up the menu each day. Basically, the place to go if you need an English breakfast or a curry. Well, an English breakfast isn’t international but those guys at UKIP tell me it will be soon! Which might not be such a bad thing, because Chi’s food is pretty nice. I don’t go here often though. It’s not extortionately expensive but frequent visits are hardly in the budget of most students.

Nourish — The supermarket on campus. The famous Meal Deal and Giga Meal Deal are two of the cheapest ways to fill yourself with food, but at the cost of your vital organs: it effectively demands the addition of crisps and soft drink to your (probably meaty) sandwich. The most exciting section of Nourish is the East Asian shelving area. They sell mochi, udon, instant noodles, and other popular alternatives to the black-hole-like Meal Deal. 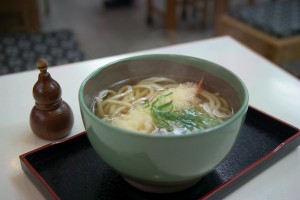 Just… Just give me a minute.

1923 Café and Bar — The University restaurant, named for the founding of its Students’ Union. Much more approachable in recent years compared to its previously foreboding aspect. I would venture that burgers are its most popular export, but the menu has a lot of appealing dishes, including pizza, tapas, and chips. Being the University’s current bar, it’s also the place to go for a pint.

Planets — A most enigmatic place. I’ve only been there once, four years ago, so I’m not really qualified to judge it. The website says it all.

The Common Room — Go down the stairs of the Students’ Union and you will be rewarded with the most frugal eatery the University of Leicester has to offer. Open at lunch time, this place has pizza, toasted sandwiches, soup, and coffee, all costing less than you’ll pay at the other, non-subterranean businesses.

I should add that Leicester’s particularly good if you can’t eat gluten. Head over to Del!cious or Nourish for a decent selection, but you’ll find choices just about everywhere.

Tune in next week for ‘Three Once Beloved Authors Everyone Has Decided Are Now Lame’. Until then.