Remember Film Society? That society I’m in, with the movies? I mention it sometimes. Thanks to FilmSoc and Netflix I’ve amassed quite the viewing history this year, and I’m going to share my findings with you, the reader. These films all come highly recommended by me — not necessarily for their life-changing moral or innovative cinematography, but for their enjoyment factor, a highly subjective and controversial facet which I’ve successfully reduced to a precise and infallible formula. I’ve waded through a lot of films to bring you this selection.

Why would I choose a picture of a historic cinema that’s since been turned into a bingo hall? What was I thinking? I apologise.

I’ll start off with the best films I’ve seen upon release in cinemas this year. I hardly need to comment on 12 Years a Slave, except to tell those who doubt the Oscar machine that they better believe the hype: this is one of the best films I’ve seen in a cinema in years (Brad Pitt’s strange acting aside). Coming close on its heels is the far lighter but astonishingly intricate The Grand Budapest Hotel, which showed divisive director Wes Anderson apply his unmistakable stylings to a Hitchcockian thriller. The (academic) year has been good to the hydra-like superhero genre as well, producing Captain America: The Winter Soldier and X-Men: Days of Future Past, which must surely rate as some of the best superhero films of the post-2002 Renaissance. Granted, it’s still a genre with as many pitfalls as Loughborough city centre (I kid, I kid).

But I don’t think anyone needs reminding to watch these films. With Film Society we’ve revisited some old classics that everyone should see (but probably won’t). We re-watched the neo-noir masterpiece Chinatown for the first time in a few years, mandatory viewing for fans of Jack Nicholson’s crazy eyes. I saw for the very first time the Italian horror movie Suspiria, a truly unique experience in the creation of horror through eye-tricking sets, gaudy lighting, an intense soundtrack by the band Goblin, and an extremely large quantity of gore. And Gremlins.

Good films are all well and good, but some awards are more dubious. I will vouch for the hilarious 1977 musical The Hobbit (which has become somewhat of a religion in our house) over the ponderous Peter Jackson trilogy, but the rest I won’t defend in the traditional sense. Miami Connection is one of the greatest films of all time, because it features numerous songs about friendship and ninjas, lots of taekwondo, and an intense fear of solid scripting. Likewise, the more popular Troll 2 shows that sometimes heart is more important than directing, acting, props, script, sets, soundtrack, or making sense. 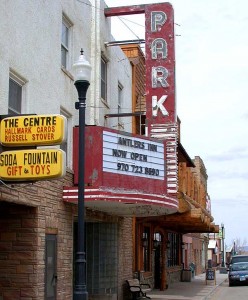 This one doesn’t look too healthy either…

I’m a film fan, but I’m not too picky. As long as it’s not Adam Sandler, Transformers, one of the Star Wars prequels, Twilight, Resident Evil, from the Epic Movie franchise, a rom-com rushed out for Christmas, a modern remake of an old horror franchise, Prometheus, etc., it’s fine with me. But watch the ones I mentioned above the image first.

2 responses to “A Year in Films: Last Action Hero”