Whilst most people I know have finished their studies for the summer and are enjoying their break, over here in Heidelberg my term is still going on, which means I’m still in the thick of studying. This got me thinking about some of the texts I’ve found particularly helpful throughout my time studying English, and I thought that now would be the perfect time for you to have a look at them if you fancied getting a bit of a head start. So this post is going to be in several parts: this section will be on background information you might need for studying English, the next part will be about some theory you might find useful, and the last part will just be books I recommend having a look at if you’re struggling to choose a good summer read 🙂

Ok so during my time studying English at Leicester there have been multiple occasions where I’ve felt like I’ve been pretty clueless, and I’ve had to go and get some background reading done to bring me up to speed. These three texts are the ones I’ve turned to the most, and are the ones I’d recommend getting under your belt at some point early on in your studies:

Wait, what?! I hear you ask. You expect me to spend my summer reading the entire bible? Have you seen the size of that thing?! And yes, I have, and no I’m not saying read the entire Bible from cover to cover, although I tried that once with the King James edition and failed miserably. But the truth is, having a sound knowledge of the Bible is very important because it has influenced so many important writers and informs so much of their work. There are biblical allusions dotted across most main texts you will end up studying, and in order to pick up on them you need to know the stories of the Bible. I was asked in my second year by a professor whether I had read the bible- when I said I hadn’t, I was told that I was going to misunderstand 90% of all literature because the allusions would go flying over my head, and there was a strong hint that I was not going to do very well. Although at the time I got very indignant about this, the truth is that actually yes, knowing all the biblical stories would be pretty handy. Of course if you’ve been brought up following a religion that teaches the bible you’re good to go, but I wasn’t, and I found that spending a bit of time getting acquainted with a children’s bible helped me out more than I had anticipated. So if you’re bored one day, find a version with some pretty pictures, and get acquainted with some of the many characters that all confusingly share the same name in the Bible. 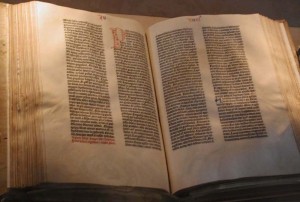 This is the other landmark text I was informed I could not get through an English degree without- a huge poem, written originally in Latin, which focusses on a lot of Roman myths. I would really recommend getting to grips with this because it heavily influenced writers such as Chaucer, Boccaccio, Dante, and Shakespeare. It’s not that bad but it is pretty long, so actually I never managed to get the entire way through it- only due to time constraints though! If you don’t fancy ploughing through this text, I would recommend trying to find a book or two which goes over Greek and Roman myths which you think you might be able to stomach…in desperate times, you could always try the children’s section of your local library. These myths are referred to time and time again and they heavily influenced a lot of English literature. 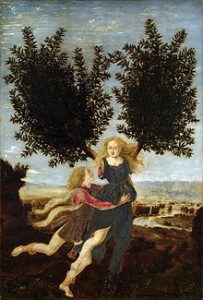 In Apollo and Daphne, one of the tales in Metamorphoses, this poor lady has to turn into a laurel to escape her persistent potential lover

An encyclopaedia of British History

My knowledge of history came to an end in year 9, when I was 14. At this point I had to choose my options for my GCSEs, and I went for Geography over History. Much as I enjoyed learning about glaciers, this didn’t help me much when it came to studying English. Here’s the thing: I think English is actually multi-disciplinary. The English program at Leicester in particular starts with Old English and works through all the major time periods, ending at the present day. This has meant that each time a new time period has come up, I’ve spent the first few weeks of term frantically trying to get up to date with what went on historically, politically, and philosophically so that I could see what went into the making of different texts. It would have been really great for me if I’d had at least a vague idea of what was going on in the world, and of course specifically England, in each time period. Of course, this is something you can also catch up on by watching documentaries, so if that’s your thing then go ahead, but I would really recommend getting an overview of British history whilst you have some spare time. I haven’t chosen a specific edition for this because there are so many out there and I think that ultimately it comes down to personal preference as to what you decide to go for. 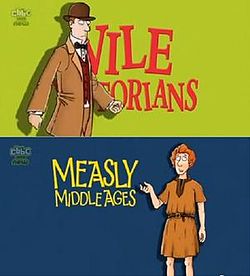 They’re the three big areas I lacked on and struggled with, so these are the areas I’d have a look at over summer. If you’re already an expert on these then good for you and carry on enjoying your summer!