Alright, so here comes the second part of my reading list for future/current English students (you can read my previous post on background reading here), where I talk about my top 3 theory books I think you could do with having a look at…but remember that these are biased by my interests 🙂

Orientalism was written in 1978 and is a really foundational work in postcolonial studies. Just in case you’re not sure what I’m talking about there, this will give you some background information on colonialism, but for English studies what is especially important to know is that from the 16th to the 20th century England had colonies in various countries. Having colonies meant that England was in charge of the people there, and often tried to impose English ideas and society on the native inhabitants of the country in question. One example of the way the English did this was to make the colonies speak English speak that language, rather than the native one. Now, Postcolonialism looks at the effect of this imposition of one culture over another on the colonised (again you can read more here).

Anyway, what Said talks about is how the West (including England and English literature) represented the East as the “Other”; something to define themselves against. This process is linked to how the West maintained power. It’s a really interesting read and not only does it help when reading modern texts, it helps when reading older texts to see how this creation of the East is maintained in English literature. This book was especially important in my second year and has been crucial on my year abroad too, so I’d definitely recommend giving it a go.

One way the East was defined was as a place of sensuality and excess, which can be seen in the West’s fascination with the Harems. This is a Harem depiction from 1888, “L’Esclave Blanche” by Nouy.

The Madwoman in the Attic- Sandra Gilbert and Susan Gubar

I can honestly say that I’ve found relevance in almost every essay I’ve written to this book since reading it (although it’s worth mentioning that might be because I’m really interested in literature and gender!). It’s huge and might need just dipping in and out of (700 pages, maaan), but this is another seminal work, and despite it’s length it’s actually pretty easy to read. This book looks at Victorian literature from a feminist perspective and it really changed the way I viewed the books they discussed, and also influenced my reading from then on. The title refers to Bertha Mason, the woman Rochester keeps in his attic in Jane Eyre. It is a landmark in its field and is still considered very important now, so I’d definitely give it a go if you have some time on your hands.

Written in 1990, this is another book that changed the way I read everything, and viewed gender in general, after I read it. I’ve also heard it referenced countless times in my classes in Heidelberg and I have a feeling it will be used numerous times in my final year as well, so it’s definitely important. That being said, theory can be tricky to get your head around, so you may want to look some things up online as well. In your second year of English at Leicester you go over Butler’s concept in detail in the Concepts in Criticism module, but there’s no reason you shouldn’t read it beforehand! 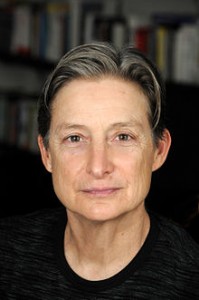 Meet Judith Butler, the woman who came up with “gender performativity”

So these are my recommendations for theory that will stand you in good stead. Of course if you think these will be a bit much there are other works you could start with before, such as Terry Eagleton’s “Introduction to Literary Theory” which gives a good overview of some theories. (Terry Eagleton in general has written some very helpful books such as ‘how to read a poem’, so I’d really recommend him for giving a good introduction to various topics).

Part 3 of summer reading will be on its way soon, the final section, and will talk about some actual books you might want to read!